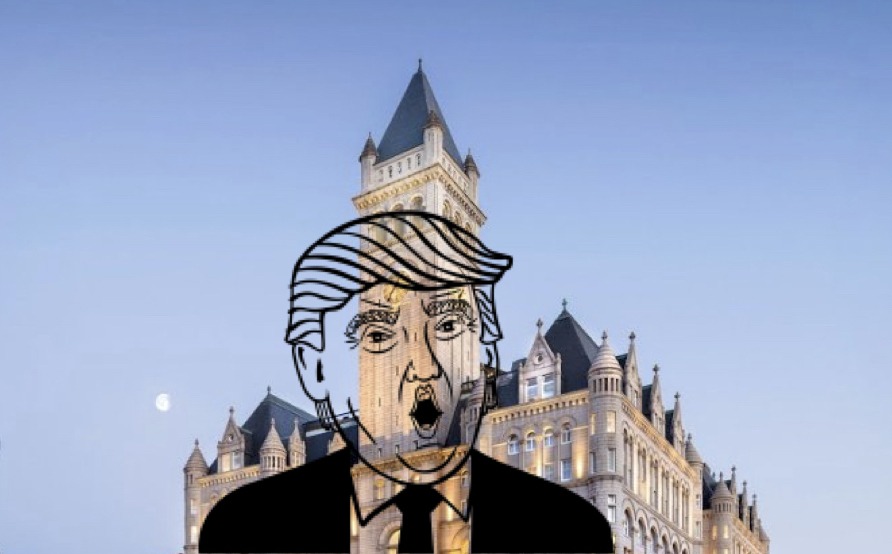 Donald Trump seems awfully proud of his new hotel in Washington DC, which is just down the street from the White House. But that hotel may not be his for long if he keeps failing to pay his bills. Multiple contractors have now hit the new Trump International Hotel wth liens, because they allege he failed to pay them the millions of dollars he owes them for the work they did in constructing the hotel.

Three different contractors have filed liens against the hotel for a combined five million dollars for what they say are unpaid construction tabs. Donald Trump has a long and documented history of not paying his real estate construction contractors, sometimes putting them out of business in the process. So what kind of sucker would still be willing to do Trump’s construction work, knowing that payment would likely never come? As it turns out, the same kind of sucker who vote for him.

One of the three contractors who has filed a lien against Trump’s new hotel, John Magnolia, just happened to vote for him, says Huffington Post. That explains why he can’t figure out why he’s not getting paid. Donald Trump has filed strategic corporate bankruptcy six times over the years to get out of paying his bills. It sounds like his Washington DC hotel may be on a fast track to be his seventh. Meanwhile Trump’s Soho hotel in New York is also struggling badly, losing business to Robert De Niro’s neighboring hotel.