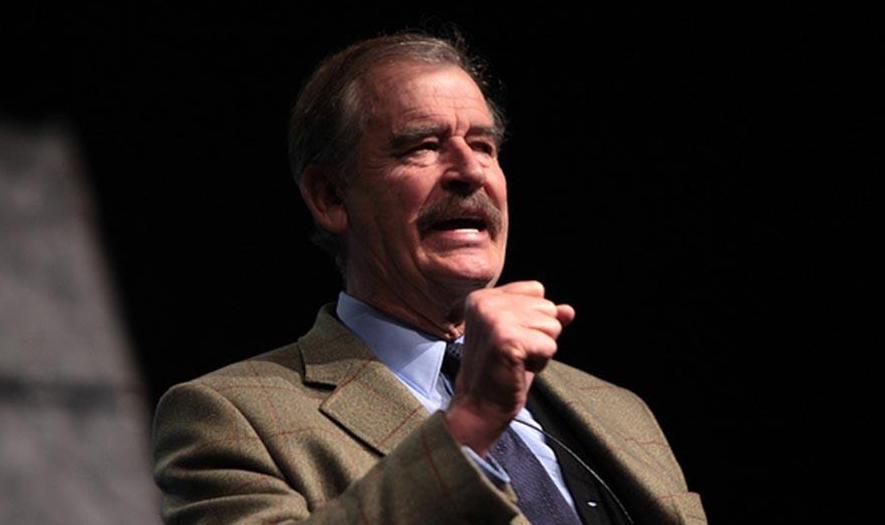 Just what is Donald Trump’s position on the Mexico border wall? At this point no one seems to know anymore, including Trump himself. Yesterday it was revealed that Trump would no longer be asking Mexico to pay for it, and would instead be asking Congress to authorize United States taxpayer money to pay for it. Trump was then quick to flip flop from his own flip flop – and now his old Mexican nemesis Vicente Fox is aggressively firing back.

Even as Mexico’s current weak and unpopular President Enrique Peña Nieto has largely demurred during the course of the U.S. election and its aftermath, popular former Mexican President Vicente Fox has forcefully pushed back against Donald Trump from the start. After Trump announced early in his campaign that he would build a wall on the Mexican border and that Mexico would somehow pay for it, Fox famously fired back that Mexico was not going to “pay for that fucking wall” – a retort which made it all the way into a republican primary debate.

Now that Trump is flip flopping and asking Congress for the money, only to them turn around and tweet the claim that Mexico will somehow pay the United States back for the wall later, Vicente Fox is once again forcefully pushing back. “Trump may ask whoever he wants, but still neither myself nor Mexico are going to pay for his racist monument. Another promise he can’t keep,” Fox fired back on Twitter.

Then he reiterated a variation of his original famous phrase: “TRUMP, when will you understand that I am not paying for that fucken wall. Be clear with US tax payers. They will pay for it.” Thus far Trump has still failed to respond to Fox.