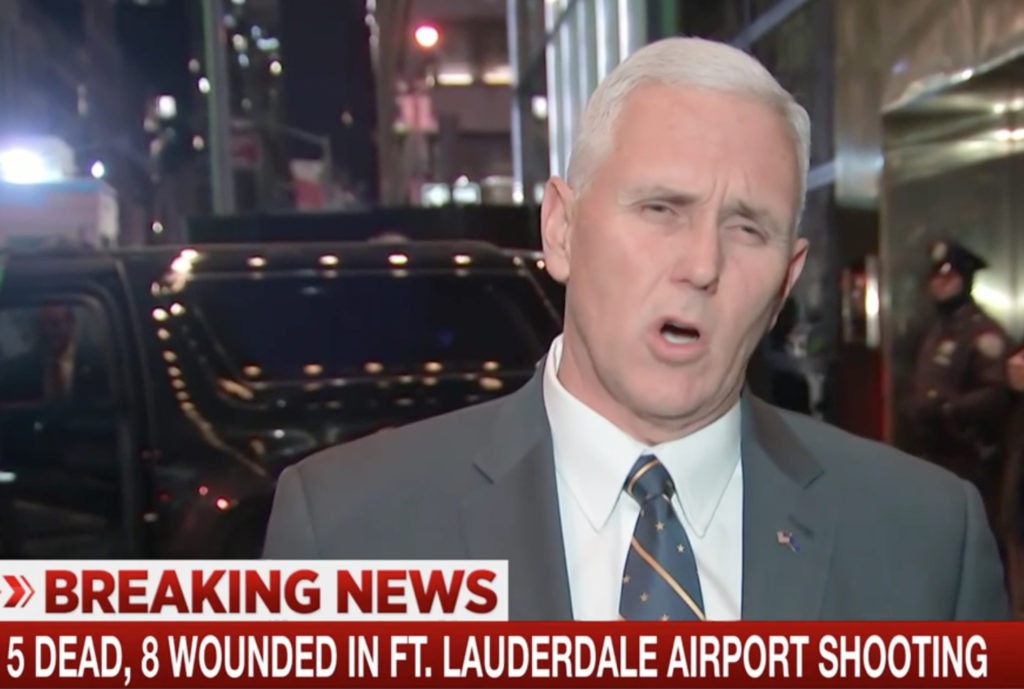 On the day of the Fort Lauderdale Airport shooting, Donald Trump had already spent the day tweet-ranting about everything from how Arnold Schwarzenegger was ruining the Apprentice to how angry he was that NBC had information about Russian hacking that he didn’t. But the thing he didn’t bother to do was address the airport shooting, as we’ve demonstrated that his staff posted that tweet without his involvement. Further, Trump dodged reporters and left Mike Pence to fend them off instead.

Donald Trump could easily have stepped in front of the hordes of television news cameras that follow him around everywhere he goes, and addressed the matter. But instead he sent an unsure-sounding Mike Pence to fend off the news cameras instead, and Pence proceeded to serve up a stream of consciousness series of cliches to reporters. So where was Trump during this time?

The short answer is that no one knows. After his staff posted the tweet at 2:30pm about the airport shooting, he went silent him. The only subsequent tweet on Trump’s account was a birthday message for his son, which was also tweeted by his staff instead of him. In other words, in the face of a national emergency, Donald Trump sidestepped reporters and went into hiding.