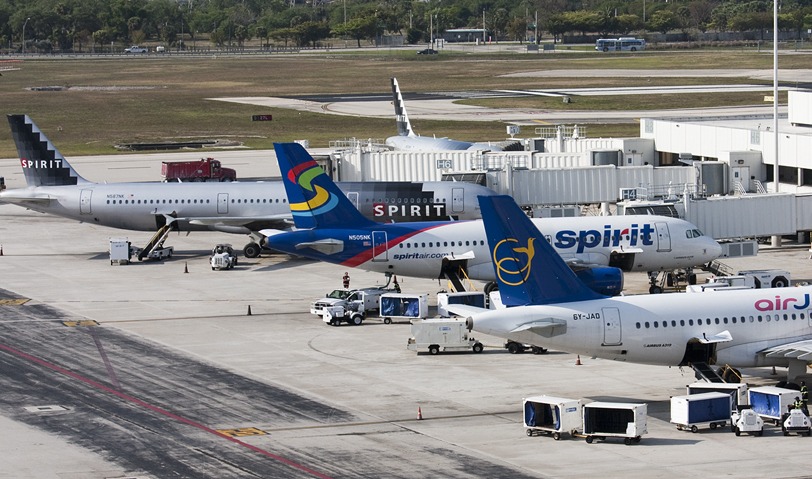 In the midst of a day in which Donald Trump had been feverishly and childishly tweeting about everything from declining Apprentice ratings to how he wants NBC News investigated for knowing more than he does, he turned around and surprised some people by serving up a halfway dignified Twitter response to this afternoon’s mass shooting at the Fort Lauderdale airport in Florida. The trouble: based on device analysis, Trump didn’t write or send the tweet in question and likely doesn’t even know it’s been posted to his Twitter account.

Just after the shooting occurred, Trump tweeted that he was “Monitoring the terrible situation in Florida. Just spoke to Governor Scott. Thoughts and prayers for all.” And in a remarkably rare moment of grace, he even added “Stay safe!” But here’s the trouble: if you take a look at Trump’s tweets for the day in a mobile app like Tweetbot, which reveals which kind of device was used to post each tweet in question.

It’s been well documented over the past year in places like here and here that when Donald Trump posts things to Twitter himself, he uses an Android device. And when Trump’s staff posts things to his Twitter account on his behalf without his involvement, they use an iPhone or a computer web browser. Sure enough, Trump’s tweet today about the Fort Lauderdale airport shooting was posted from a “web client” and therefore did not come from him: 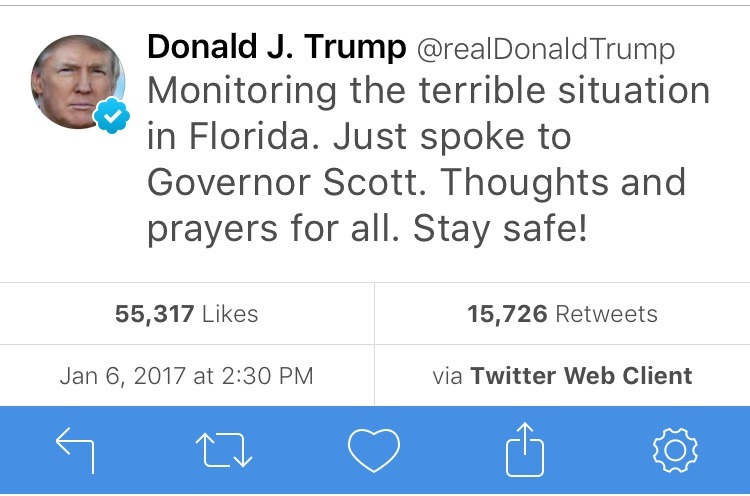 In fact we’ve seen recent evidence that when Trump’s staff posts things to his Twitter account on his behalf, he’s not even aware it’s taken place, because he later begins tweeting on the same topic with a different take. So not only did Donald Trump not participate in his somewhat thoughtful tweet about the airport shooting, it’s likely that he hasn’t even seen what he supposedly tweeted.

← Donald Trump appears to have been tweeting during a legal deposition on ThursdayAmid airport shooting, Florida Gov. Rick Scott called Donald Trump but not President Obama →
Leave a Comment