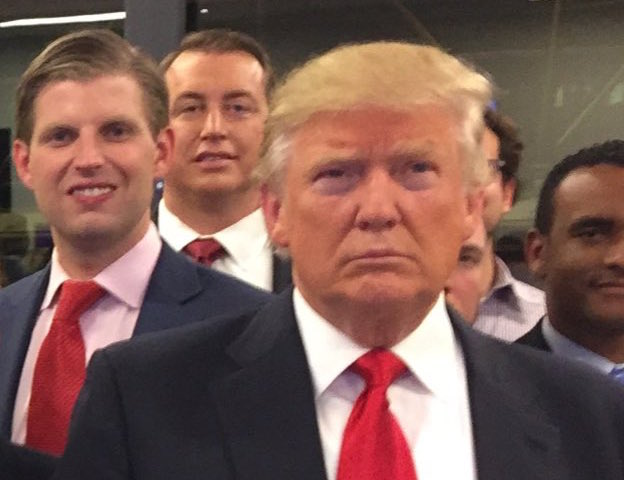 Now that the effort to recount the votes in three close swing states has entered its fourth day, and Hillary Clinton herself has officially come on board with it, one might think Donald Trump would be going ballistic at the effort to brand him the loser. This is a man who, since being named the winner, has spent his time complaining about television shows and broadway actors whom he thinks have slighted him. His continued silence on the recount is stunning, even as his staffers go publicly apoplectic. And it’s the latest piece of the puzzle which suggests his staff never told him the election was being rigged for him to begin with.

In the middle of October, Donald Trump suddenly began screaming that the election was going to be rigged against him. He offered no evidence, but he was so upset by the notion that he stayed up all night for two nights in a row rambling about it on his infamous Twitter account. The popular theory has been that he did this because he learned the election was going to be rigged for him, and he was protesting too much. But I have a different theory.

Let’s say you’re Donald Trump’s handlers, and you’ve either put in motion a plan to rig the election in his favor, or you’ve learned that such a plan is in motion. The candidate you work for is an unstable erratic braggart. The last thing you’re going to do is tell him about it, because he’ll publicly give the whole gameplan away in advance during one of his rambling monologues. So instead you convince Trump that the election is going to be rigged against him, so he’ll frantically begin telling the world as much. Hillary responds by pointing out that U.S. elections are very rarely rigged, making it more difficult for her to cry foul after the fact, no matter how much evidence she might end up uncovering.

It would explain why, even as Donald Trump’s handlers all looked knowingly ecstatic while one state after another was shockingly called in his favor, Trump himself looked visibly stunned – and arguably disappointed – at what was happening. He had the look of someone who thought he was going to lose, and was okay with that, because he didn’t want the responsibility and constraints of the job anyway, and then ended up winning after he’d already decided he’d rather lose and move on to his next enjoyable business venture.

If Trump truly didn’t know the election was going to be rigged in his favor, then his handlers surely still haven’t told him. Why would they? Better to let him think he miraculously won this all on his own. But now that recounts are underway in the states that Trump knows were unlikely victories for him to begin with, he’s gone totally quiet. This is a man who complains bitterly and loudly when the wrong photograph of him gets used. And yet he remains silent, even as some of his staffers work themselves into a hysterical frenzy before the first vote has even been recounted.

Donald Trump surely knows deep down that he wasn’t supposed to win any of the three states that are about to be recounted. He was stunned that he won them in the first place. Perhaps these recounts have caused him to wonder if the whole thing really was rigged in his favor, and his lack of whining is because he’s genuinely concerned about what’s transpiring and worried about what he’s realizing he doesn’t know. Meanwhile, it’s worth observing which of his staff members get the most defensive about the recounts. They have no reason to hit the panic button unless they know precisely what’s about to be uncovered, and they’re hoping to verbally delegitimize the recounts before they can get underway.