If you were awake sufficiently early on Saturday morning, you may have seen Donald Trump’s belated response to China’s seizing of a U.S. Navy drone. If you’re just now getting around to looking it, you’re seeing his second tweet after he deleted the original version. The reason: he got caught making up a word that didn’t exist, and he faced such mockery for it that even a leading dictionary maker got in on the act before it was all said and done.

“China steals United States Navy research drone in international waters – rips it out of water and takes it to China in unpresidented act,” tweeted Donald Trump at 7:30am on Saturday. “Unpresidented” of course is not a real word. That led to widespread jokes at his expense from all corners. It was eventually deleted, but screen captures of it are still being circulated galore: 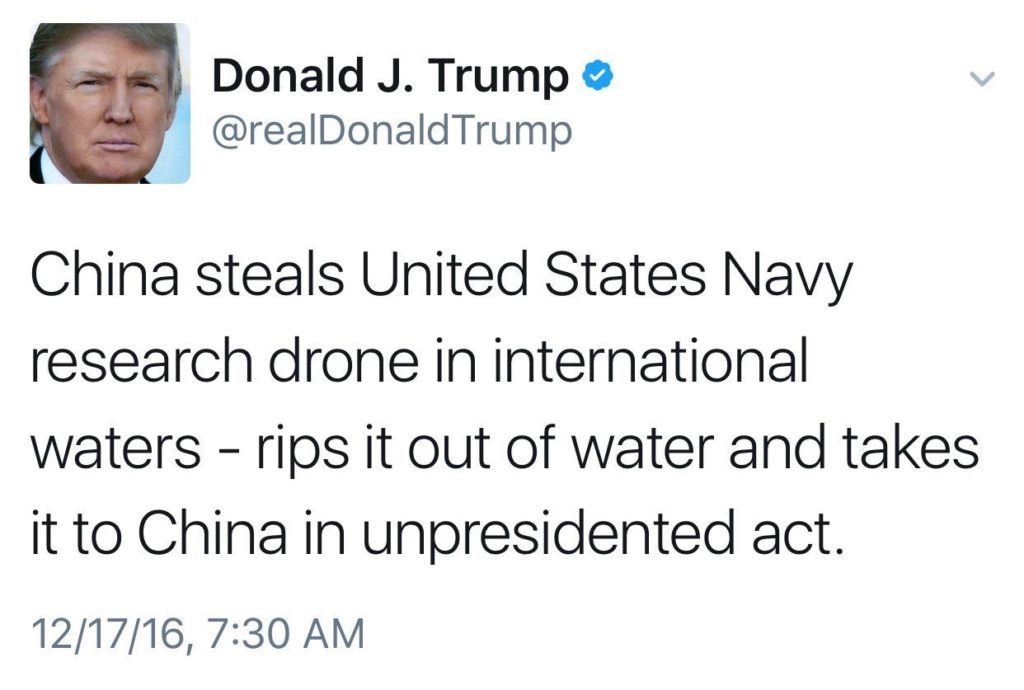 Even dictionary company Merriam Webster tweeted the response “Good morning! The #WordOfTheDay is…not ‘unpresidented’. We don’t enter that word. That’s a new one.” It then posted a link to the definition of the word “huh” as if to ask what Trump was even talking about.

Around an hour and a half later, someone on Donald Trump’s team then replaced it with “China steals United States Navy research drone in international waters – rips it out of water and takes it to China in unprecedented act,” changing it to the correct word. It’s been long documented that Trump always posts his own tweets from an Android device. A quick check on third party app Tweetbot reveals that the replacement tweet was posted with an iPhone, which is what his staff uses. In other words, Trump didn’t write the corrected tweet: 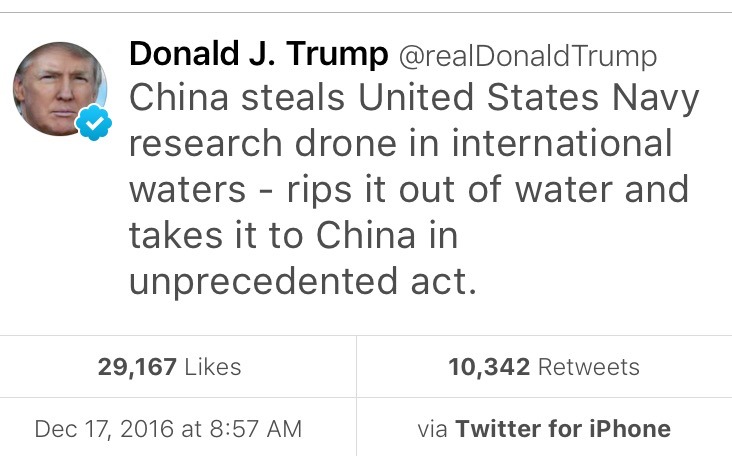 And so we have what is merely the latest confirmation that the so called “president-elect” of the United States is semi-literate to the point that he spells things phonetically and/or makes up words that don’t exist. It’s not merely in his writing, either. As we reported earlier this month, Trump made up the imaginary word “euphenism” during a speech, and used it in a manner which would have been incorrect even if he had used the real word “euphemism” instead.