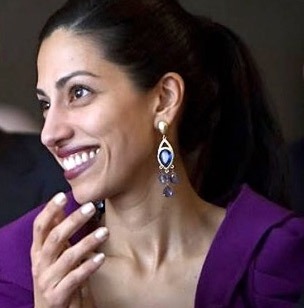 FBI Director James Comey seemed to have escaped unscathed after successfully and misleadingly tilting the election in Donald Trump’s favor – but now one of the people he victimized is going to court to fight back against him. Comey sent a letter just eleven days before the election which created the appearance he was opening a new investigation into Hillary Clinton’s emails, which the media subsequently exposed as instead being an investigation into Anthony Weiner. Now Weiner’s estranged wife, Huma Abdein – who happens to be Clinton’s top aide – is using her status as an aggrieved party to try to expose Comey’s malfeasance.

The story goes like this: Comey had to obtain a warrant in order to pursue whatever it was he was seeking on Weiner’s computer. And after he sent his misleading letter about Hillary Clinton, he did indeed obtain a warrant. Now attorney Randol Schoenberg is suing the FBI to make Comey’s warrant public under the Freedom of Information Act. If the warrant turns out to have as little to do with Clinton as is suspected, it’ll further expose Comey as having had no justification for the letter he penned about Clinton.

As the judge in the case tries to decide whether to make Comey’s warrant public, he’s asked members of the public to come forward and offer their view if they feel they’re a relevant party in the matter. Human Abedin has responded to the judge, says Newsweek, by pointing out that neither she nor her husband were ever allowed to see the warrant that was used against them. This could help to expose whatever Comey has been trying to keep secret regarding his actions just before the election.