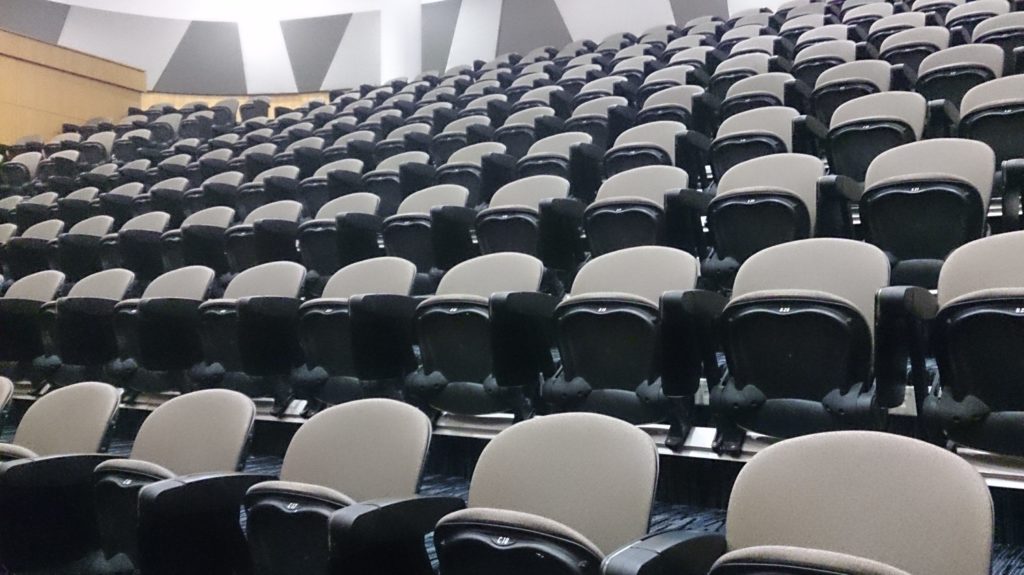 Divisive pariah Donald Trump has had monumental trouble trying to convince any A-list or even D-list singers to perform at his inauguration, to the point that he’s been reduced to booking at least one cover band. After a story this week about how the dress shops in Washington DC aren’t even seeing the usual ballgown demand for Trump’s inaugural balls, the question has become whether he can even get enough people to avoid having empty seats at the inauguration ceremony. According to one report, the answer is no – and he’s resorting to using paid seat fillers to avoid the bad look.

Lesley Abravanel, also known as the Savvy Gadfly, announced the following on her verified Twitter account: “Thank you Donald Trump for already creating jobs! My friend is being paid to be a seat filler at your Inauguration!” Although some interpreted her claim as merely being a joke, she confirmed in the replies that it was in fact real.

We’re still working to track down evidence of any additional paid seat fillers and establish a pattern. But Abravanel’s accusation is consistent with Donald Trump’s specific pattern of behavior. Earlier this week he packed his press conference with seat fillers from his own paid staff so they could applaud him and laugh at the insults he hurled at reporters. Seat fillers are often used at awards shows to avoid the perception of disinterest.

← America strikes back? The Russian TV station that hijacked C-SPAN is now off the airDonald Trump’s previous stance on why he liked to visit Russia: “The girls have no morals” →
Posting....
Scroll To Top