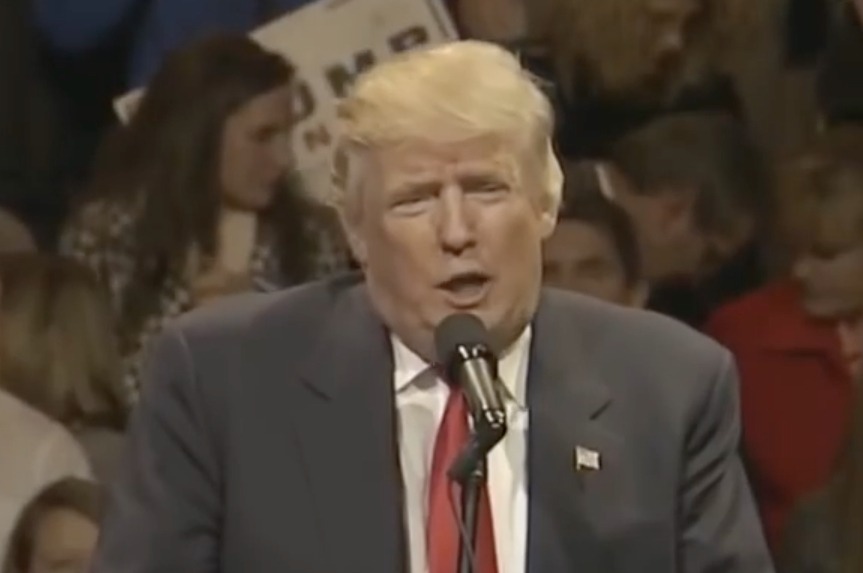 Now that an intelligence report is claiming the Russians are holding onto old blackmail videos of Donald Trump engaged with prostitutes in a Moscow hotel, and CIA agents are confirming that the claim is true, Trump is going out of his way to deny the entire incident — and to attack any news outlet that reports on it. But as it turns out, one of Trump’s older appearances on the Howard Stern show appears to directly confirm that he was traveling to Russia in order to get dirty with women.

Sixteen years ago, Donald Trump and an acquaintance named AJ Benza had a conversation with each other on the Howard Stern show about the women in Russia, dug up by Addicting Info. Out of nowhere and with no prior context, Benza claimed that Trump “bangs Russian people.” Trump retorted: “Who are you talking about, Russian people, A.J.? I don’t know anything.” But then came Benza’s money quote.

Benza said the following about Donald Trump while sitting next to him: “He used to call me when I was a columnist and say, ‘I was just in Russia, the girls have no morals, you gotta get out there.’ He’s out of his mind.” And although Trump had been playing along a moment earlier, he suddenly had no response or retort to Benza’s specific claim. It appeared that Benza’s last remark had simply hit too close to home, suggesting Trump was indeed hearing his own embarrassing words quoted back to him. It also means that as far back as fifteen years ago, Trump’s associates knew he liked going to Russia for the women.

You can listen to the entire Howard Stern segment with Donald Trump and AJ Benza, which Trump starts off by talking about what a great guy Benza is, by clicking the play button below: