Lobbyists: ‘Lobbying’ (also ‘lobby’) is a form of advocacy with the intention of influencing decisions made by the government by individuals or more usually by lobby groups; it includes all attempts to influence legislators and officials, whether by other legislators, constituents, or organized groups.

We heard from Donald Trump that he was gong to “drain the swamp”. Well the current state of affairs would disagree strongly with that statement. Influence peddling by lobbyists has long been one of the banes of all US government administrations. Pork barrel is a metaphor for the appropriation of government spending for localized projects secured solely or primarily to bring money to a representative’s district. The usage originated in American English. In election campaigns, the term is used in derogatory fashion to attack opponents.

How much money was given to various senators over time to guarantee that one mega project or another would gain approval in a particular state? There are too many to mention;

Between 1991 and 2014, the number of pork barrel projects and the amount of money distributed through pork barrel spending peaked in 2006 with about 14,000 projects receiving about $30 billion. In 2010, Congress put a moratorium on the practice of “earmarking,” which placed legislative add-ons, or earmarks, on appropriations bills to funnel money to special projects in a lawmaker’s state. Earmarks were a common practice used by legislators when attempting to pass a broad bill.

So-called “pork barrel politics” has been present in the United States’ legislative and, to a lesser degree, executive branches since the 1800s. Generally used in a derogatory manner, the term refers to the practice of politicians trading favors granted to constituents or special interest groups in exchange for political support, such as in the form of votes or campaign contributions. Also known as patronage, pork barrel politics generally is funded by the larger community but primarily or exclusively benefits just a particular segment of people.

Pork barrel spending and the intersection of money and politics extend back more than a hundred years in U.S. politics. Abraham Lincoln, for example, traded Civil War contracts to northern businessmen in exchange for patronage jobs and campaign support. On a more local level, early 20th century New York government was dominated by Tammany Hall, which frequently bartered government contracts and the like for political power.

Between 1991 and 2014, the number of pork barrel projects and the amount of money distributed through pork barrel spending peaked in 2006 with about 14,000 projects receiving about $30 billion. In 2010, Congress put a moratorium on the practice of “earmarking,” which placed legislative add-ons, or earmarks, on appropriations bills to funnel money to special projects in a lawmaker’s state. Earmarks were a common practice used by legislators when attempting to pass a broad bill.

The American public turned against the practice of earmarking money through pork barrel politics toward the end of 2005 in reaction to some pork intended for Alaska that was inserted in a few places in a large federal highway transportation bill. In the infamous “bridge to nowhere” incident, Congress initially approved more than $220 million for construction of a bridge to connect the town of Kethikan, Alaska, with a population of less than 9,000, to the airport on the Island of Gravina, with a population of 50. The $320 million dollar project would be funded by federal taxpayers, yet only a few Alaskans would benefit. After public outcry over the blatant exhibition of pork barrel politics, the funds were rerouted, and the bridge was not built.

Examples of wasteful government spending are found each year in the budgets proposed by Congress. One such pork barrel project funded in 2011 benefited Montana State University, which was awarded more than $740,000 to research the use of sheep grazing as a means of weed control. In the Fiscal Year 2014 budget, more than $90 million was allocated for tank upgrades that the Army did not even want. The award apparently was made because the supplier of the tanks had operations across several congressional districts. Historically, the Department of Defense (DOD) Appropriations Act contains the most pork.

Another infamous example of pork barrel politics is found in the project nicknamed the “Big Dig” in Boston, in which a 3.5-mile section of highway was relocated underground. The Speaker of the House at the time directed federal funds to the local project. Initiated in 1982 and finally completed in 2007, the project cost nearly $15 billion — a cost significantly higher than the original budget of almost $3 billion. So now there are 130 former “lobbyists” in positions of influence and power sitting at the table. 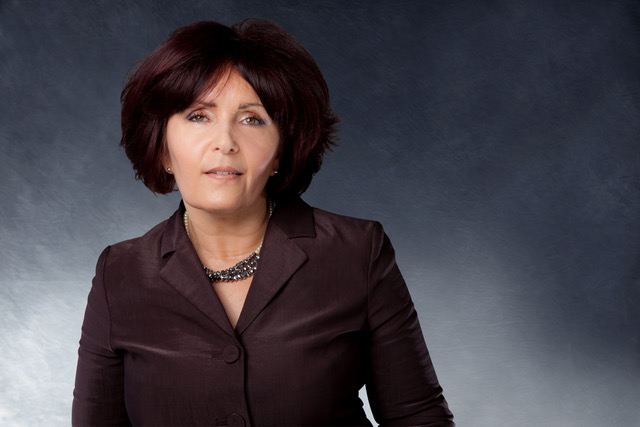 Diane S. Baker is a veteran of the insurance industry; 35 years as a broker and agency owner; Risk Manager for the past 10 years; member of RIMS Society in NY, fluent in 3 languages and lives in Vancouver B.C.