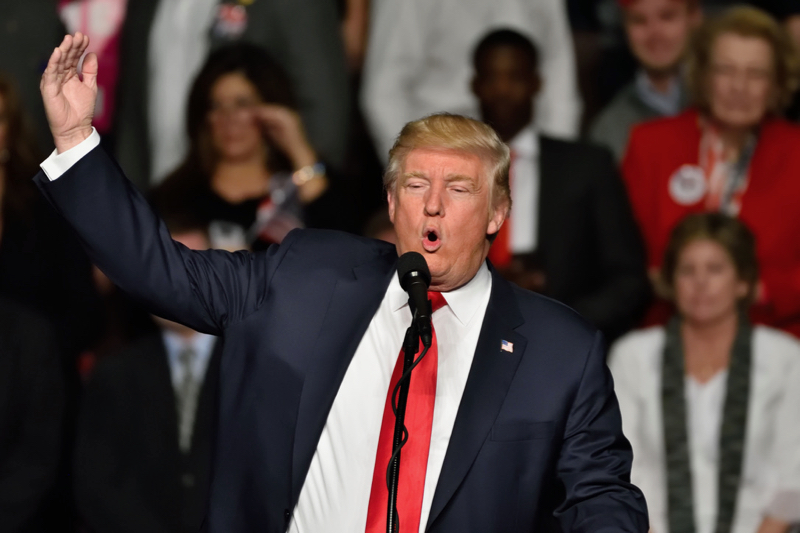 Yesterday Donald Trump announced the official slogan for his 2020 reelection campaign. That’s cute, considering he’s not actually running for reelection. Whenever I say this, I’m asked what I mean. After all, we’ve seen him out there holding reelection rallies. He’s already named his 2020 campaign manager. And now he has a slogan, so he must be running, right? Wrong. This is all merely a front for something else, and if you’ve followed Trump’s financially corrupt life, you can put it together.

Donald Trump has been holding (supposed) 2020 reelection campaign events for the sole purpose of raising funds from his supporters. It’s been widely reported that he’s been using those dollars to pay off his family’s legal bills in the Trump-Russia scandal. So this “reelection” campaign is just a stunt to bring in money so he can use it to pay his own bills. It’s just the latest reminder that Trump is a cheapskate, a con artist, and very likely deep enough in debt to be flat broke.

To be clear, I’m not saying he won’t run for reelection. Based on that evidence that’s surfacing, I believe Trump is more likely to be in prison by 2020 than to still be in the White House. If I’m somehow wrong about that and he makes it all the way to 2020, sure, maybe he’ll decide to run for reelection. But he’s not running now. There simply is no campaign.

Donald Trump can spend as much time as he wants blurting out his new “Keep America Great” reelection slogan; those are just words. He can announce that his longtime lackey Brad Parscale is his 2020 campaign manager; how many people held that title during the course of his 2016 campaign? He can hold as many fraudulent reelection fundraisers as he wants. But there is no Trump reelection campaign. It’s yet another scam.