Since yesterday, Palmer Report and other news outlets have been reporting on already-underway statewide recount in Wisconsin. Thus far the designated election observers in various counties have uncovered a number irregularities and potentially suspicious instances, such as five voting machines that had their tamper seals broken. But an equally notable revelation has surfaced, and it may explain a number of things statewide – specifically why so many people supposedly voted but not for President. Just look at the ballot.

One designated recount observer in Dane County, an attorney named Karen Fehlker, has been sharing her on-site experiences directly with Palmer Report. She quickly noted that a number of Wisconsin voters had filled out their presidential ballot in odd ways, such as circling the name of the candidate, or writing in a candidate who was already listed on the ballot. Due to concerns about posting photographs of real people’s actual ballots, she filled a pair of sample ballots in a manner identical to what she’s been observing on people’s real ballots – in order to demonstrate just how confusingly worded the ballot is, and why so many people’s votes didn’t initially get counted.

Here’s the first sample ballot filled out by the recount observer, which demonstrates that due to the strange phrasing above the presidential race (“Vote for candidates on one ticket” and then “Write in the names of persons on both write-in lines”), at lease some Wisconsin voters thought they were supposed to write the name of the major party candidate they were voting for: 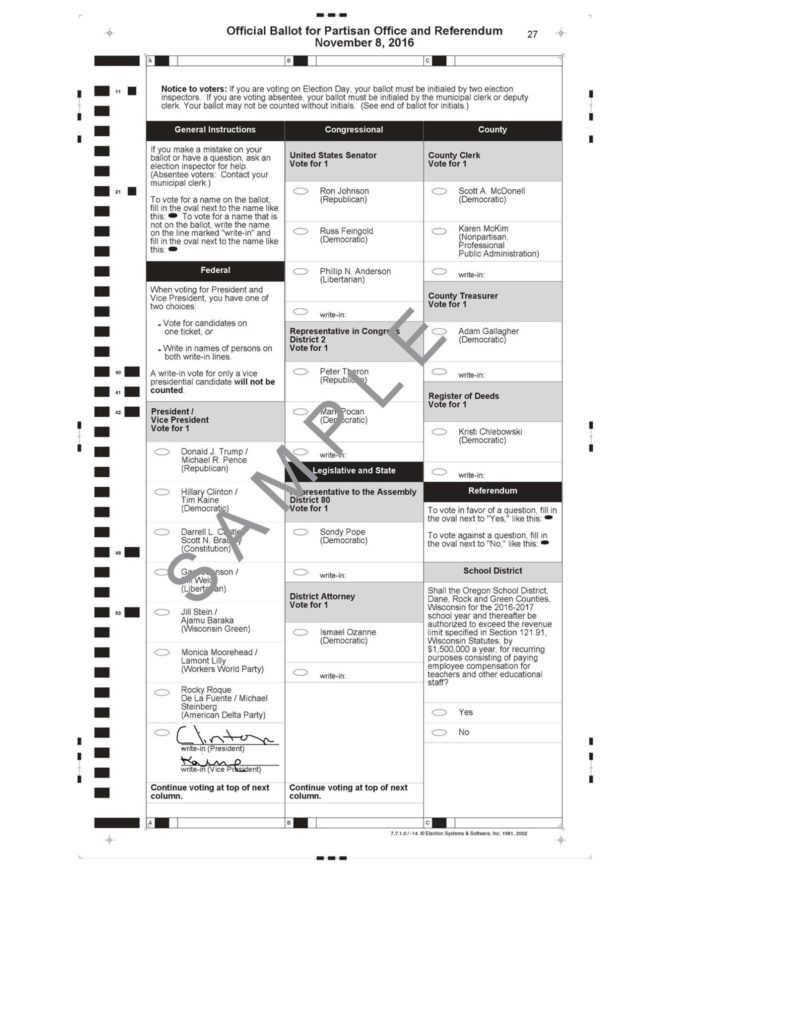 And here’s the second sample ballot, which demonstrates how some Wisconsin voters couldn’t figure out the confusing directions at all, and resorted to circling their preferred candidate instead of filling in the bubble: 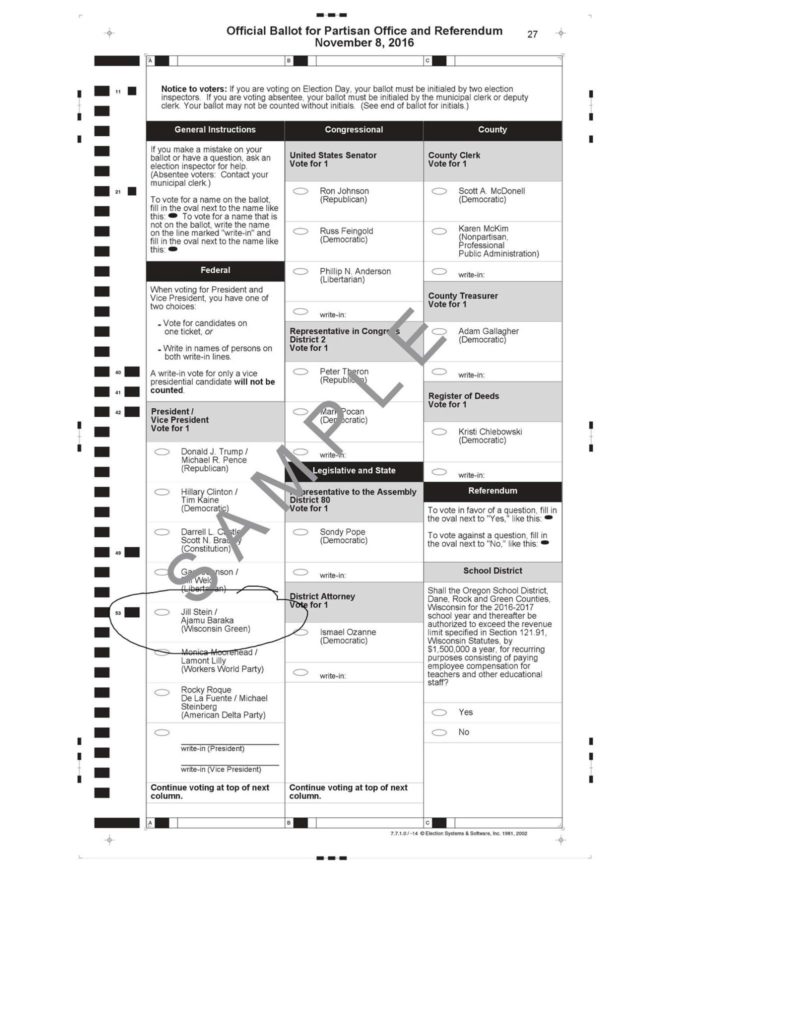 The bottom line is that some of the Wisconsin voting public couldn’t understand the confusingly worded instructions and ended up filling out their ballots in ways that the voting machines wouldn’t have counted. However, the recount observer informs us that the recount officials in Dane County are now indeed counting these ballots as valid votes, so long as the voter’s intent was clear. Again, the photos above are sample ballots filled out by a recount observer in a manner identical to what she had observed first hand on real ballots. This alone should shift the voting totals in Wisconsin.