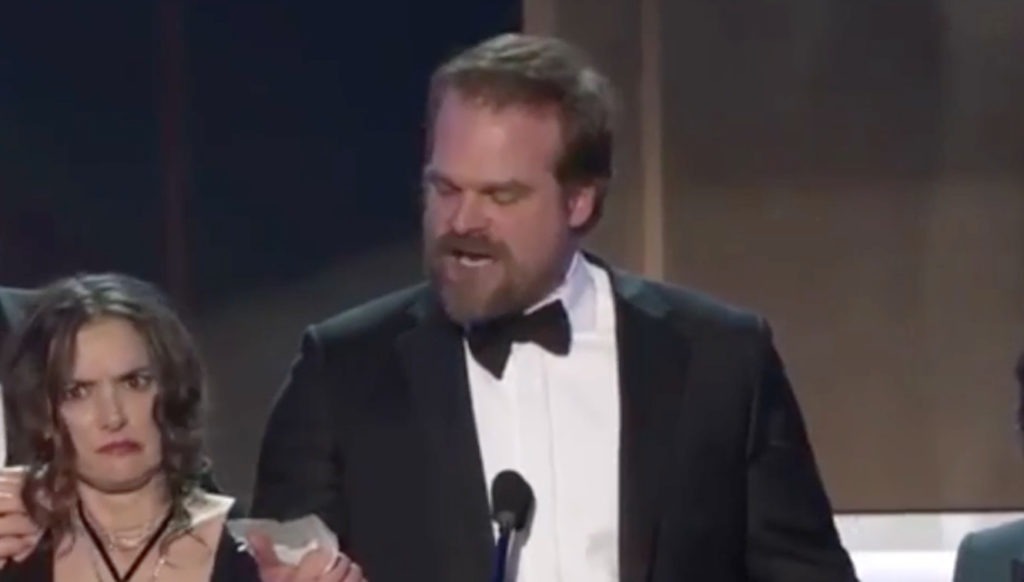 Last night’s Screen Actors Guild awards had any number of moments which represented a direct rejection of Donald Trump and his unconstitutionally racist policies. There was John Lithgow saying that he wished he had given Meryl Streep’s speech. There was Sarah Paulson using her speech to ask the public to donate to the ACLU. But the night may have been most perfectly framed when David Harbour from Stranger Things took the microphone and breathlessly shouted a rousing speech about inclusivity.

Harbour, who is six foot three and currently sports a grizzly beard, towered over his cast mates while he spoke. His brief speech took so many passionate turns that his co-star Winona Ryder, who was standing next to him, had at least six different contrasting facial expressions before it was over — leading to any number of internet memes. But the speech itself was one which simply had to be watched in order to be taken in.

Watch David Harbour from Stranger Things shout “We are all human beings” and “we will hunt monsters” and “repel bullies” and “get past the lies:”