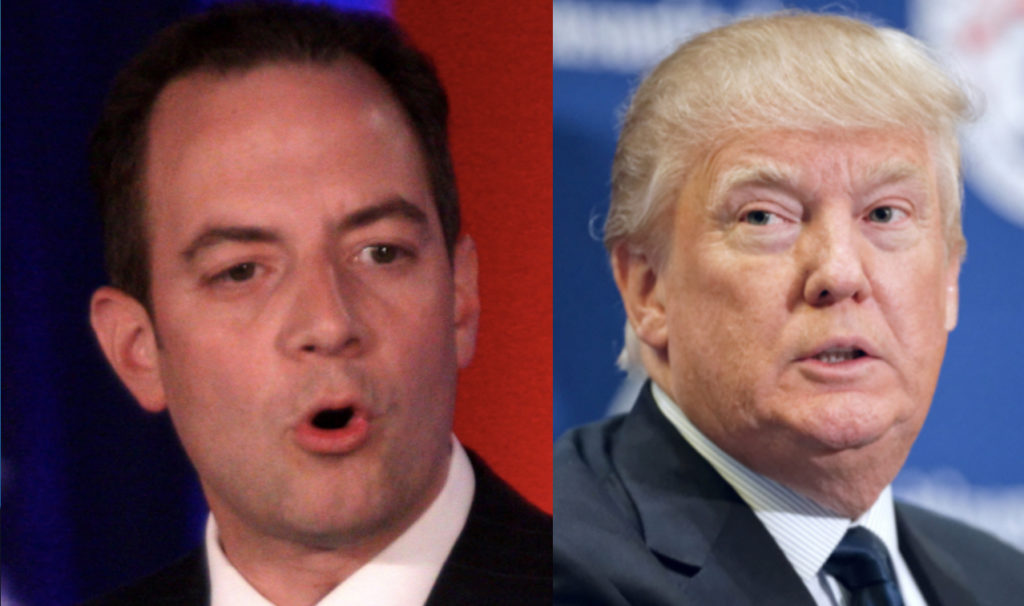 It’s being widely reported that Special Counsel Robert Mueller spent all day on Friday interviewing Donald Trump’s former White House Chief of Staff Reince Priebus. Mueller would have had no reason to skip straight t0 Priebus in the interview hierarchy, unless Priebus was looking to cut a deal. Now an overlooked detail from last week suddenly has an entirely new context – and one that could explain everything that’s going on.

Nine days ago on October 5th, Kaitlan Collins of CNN tweeted “The president had lunch with Reince Priebus at the White House today.” (link). This stood out as unusual at the time, as Trump forced Priebus to resign back in July, and the two never liked each other to begin with. Now that we know Priebus spent October 13th with Mueller, it explains a lot. Trump, as per his usual habit, was trying to butter up Priebus and convince him not to cooperate with Mueller. What stands out here is that Priebus was actually willing to take the lunch meeting with Trump.

Whatever you think of Reince Priebus overall, he’s a politically savvy survivor. He would know better than to take a lunch with Donald Trump just before he sat down with the Special Counsel who’s investigating them both. That lunch would have exposed Priebus even more thoroughly to potential conspiracy to obstruct justice charges. It’s almost impossible to imagine Priebus having taken up Trump on the lunch invite ahead of his testimony, unless it was with Mueller’s approval.

Donald Trump’s biggest liability is his narcissism. He believes he can glad-hand anyone into doing his bidding. But in reality, anyone can manipulate Trump just by playing into his narcissism. It’s entirely realistic to believe that, after Trump invited Reince Priebus to lunch last week, Priebus told Mueller about it in order to cover himself legally, and Mueller advised him to go ahead with the lunch for the purpose of spying on Trump. In fact that’s probably what happened.