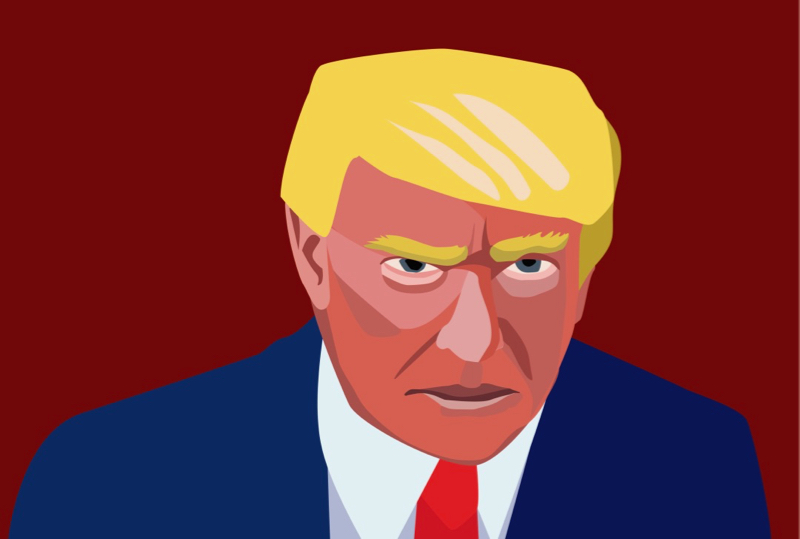 It is clear that Donald Trump has justified the hashtag #Racist in Chief.  Now, according to a national AP-NORC poll, 57% of Americans think so too. Let’s take a moment to note that this is almost double his approval rating, which dangles in the low 30s.

Trump is a Big League racist.  Big League. He admires Hitler.  Ex-wife, Ivana, reported that he kept and studied a book of Hitler’s speeches in his bedside cabinet.  He has used the mass murderer’s methods of speaking and propaganda loudly and proudly.

Trump’s pet project, the infamous Miss Universe pageant, essentially blocked women of color from winning the competition.  Trump had the final say about who went on to the higher ranks of the competition, and he reportedly disqualified women who appeared too “ethnic” or too “dark skinned.”

Trump spent Obama’s entire presidency undermining our (Black) president, perpetuating The Birther Lie.  This was the beginning of Trump publicly creating racial divides.  This is where he solidified his far-right extremist base, leading to hundreds of generalizations and racist statements over the course of his time in the public eye.

His favoritism toward white supremacy groups grows, as does his public hatred for anyone outside his preferred skin color.  He called for the execution of Black and Latino rapists and drug dealers, but when Heather Heyer was killed by a white supremacist in Charlottesville while peacefully protesting, his response was: “We condemn this egregious display of hatred, bigotry  and violence…on many sides…on many sides.” (link)

He claimed that immigrants from Haiti “all have AIDS,” that Mexico is sending their drugs dealers, that criminals and rapists to live here but reluctantly added, “…and some, I assume, are good people.”  He blocked Muslim-American people from returning to the United States as he called for “a total and complete shutdown of Muslims entering the United States”.  He uses the violent Latino gang MS-13 to label all immigrants as gang members in order to justify ripping families apart via deportation (happening now) and violating DACA protections.  And he has left Puerto Rico in ruins, calling its citizens “politically motivated ingrates” after he pulled federal aid for Hurricane Maria recovery and they protested being left, literally, in the dark and without food and clean water.

This has set it up so that now, among all the rest, there may be violence upon his impeachment. The Feds may need a new form of ICE to deal with white supremacists, so that we can return them to the dark holes from whence they came when he invited them to dance in the streets, on the day of his inauguration, in their white cones and tiki torches.

Lola Shahdadi is a writer and author of therazzledazzlemommy.blog.  Her series “Raising a Baby Activist” began in 2018.

← Are we looking at the end of Fox News?Robert Mueller has three C’s for taking down Donald Trump →