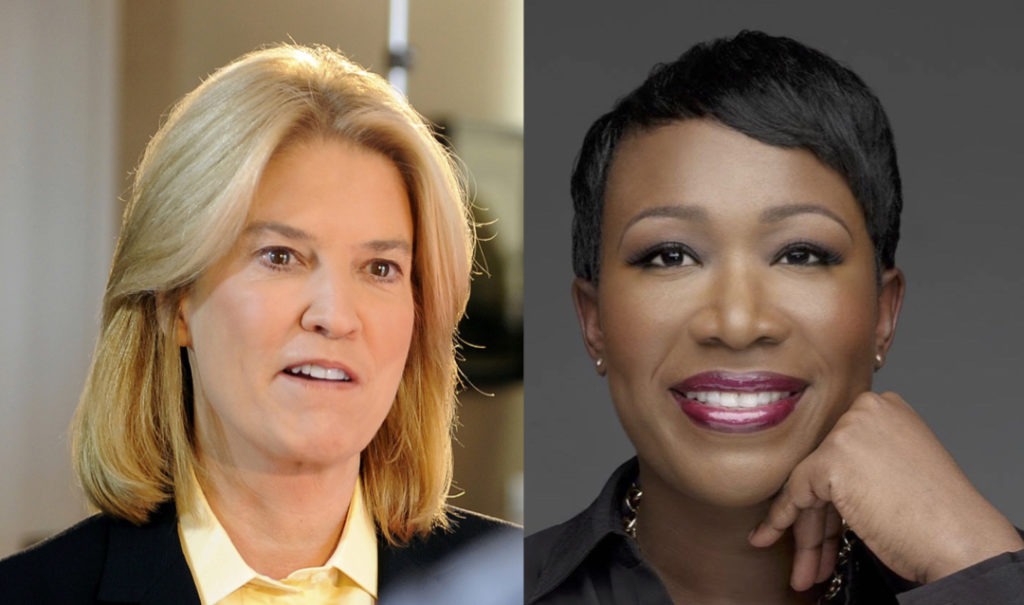 If you’ve been wondering when MSNBC was finally going to give a weekday time slot to its popular and respected weekend host Joy-Ann Reid, it turns out you’ll have to wait awhile longer. For reasons known only to the network, it’s chosen to bypass Reid in favor of giving its 6:00pm weekday slot to Greta Van Susteren, who parted ways with Fox News four months ago. The move has been met with confusion and derision from members of the public on social media.

It’s not that Greta Van Susteren isn’t qualified for the job she’s being given. She has a long resume in which she did solid reporting during her years at CNN, and she always seemed to be too good for Fox News during the years she was on-air there. But the move seems suspect for multiple reasons. One is that Joy-Ann Reid could likely have delivered comparable ratings for a lower price tag, and frankly higher quality news reporting, if she’d been given the 6pm time slot. The other is that this is the second time so far this week in which NBC has prominently hired a Fox News reject.

Just days ago NBC News hired Megyn Kelly, who long seemed destined to part ways when Fox News when her contract was up. NBC hiring two prominent former Fox News hosts in the same week feels like a rather blatant attempt at pandering to conservative viewers just as Donald Trump is set to take office. Combine this with the fact that NBC just debuted the new season of Celebrity Apprentice, which still lists Trump as Executive Producer, and it creates the overwhelming appearance that NBC is attempting to cater its news to the liking of its business partner Trump and his supporters.

Throw in the fact that the co-hosts of MSNBC’s Morning Joe were recently seen buddying up to Donald Trump at his home during a party on New Years Eve, and it begs the question of whether NBC can be remotely trusted to report on Trump honestly. The hiring of Fox News reject Greta Van Susteren over the highly respected Joy-Ann Reid, who was already in-house, just raises more questions.