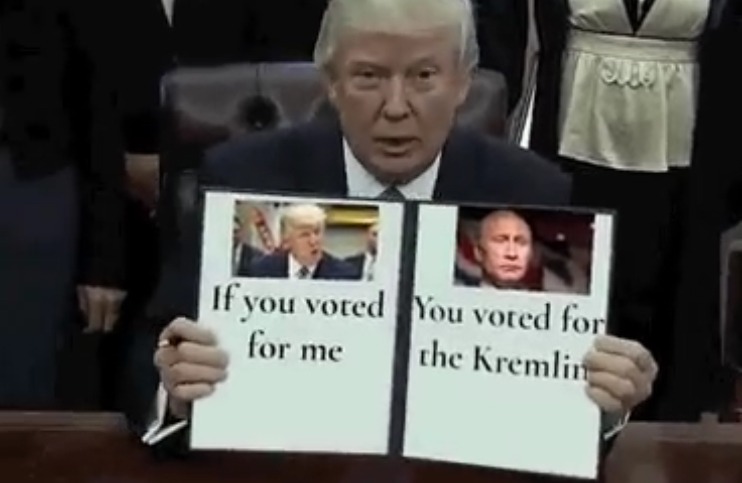 As of Tuesday night the FBI has identified four top Donald Trump campaign advisors of having colluded with Russian intelligence officers during the 2016 election, and now it’s seemingly just a matter of which of the four flips on him first. Trump has already infamously fired two of the advisors, who may now have an axe to grind, while the third is a personal friend. The wildcard: no one seems to know where the fourth accused conspirator is – and his last publicly known location was Moscow.

It seems plausible, perhaps even likely, that long-ago-fired Trump campaign manager Paul Manafort and just-now-fired Trump National Security Advisor Michael Flynn will roll over on Trump if it’s the only way to keep themselves out of prison. Trump’s longtime friend Roger Stone is also implicated. But then there’s the curious case of Carter Page, who was never all that publicly visible during his time as a Donald Trump campaign advisor, and is mostly known for what he did afterward.

More specifically, after the election, instead of joining the Trump administration, Carter Page ran off to Moscow in December on a supposed business trip. Knowing what we now know about what the FBI has uncovered about him, it’s possible Page was fleeing the country to avoid inevitable prosecution. Bizarrely, the last thing that’s been publicly heard from Page was when he was quoted in the Russian media making supposed threats against Senator John McCain of all people. It’s as if Page is already working as a Russian government agent, and isn’t bothering to hide it.

So where is Carter Page now? There was never any word that he ever returned from his December trip to Moscow. And if the FBI knows his whereabouts, it wasn’t included in Tuesday night’s leak to the New York Times, which merely identified Page as one of the four suspects. Page’s location is yet another shoe yet to drop in the Russian scandal that will now inevitably take down Donald Trump. photo: @DonaldDraws

← We’re finally about to find out if James Comey is a Russian spyIntel expert Malcolm Nance: we’re in a Constitutional crisis, and Donald Trump is Benedict Arnold →
Posting....
Scroll To Top