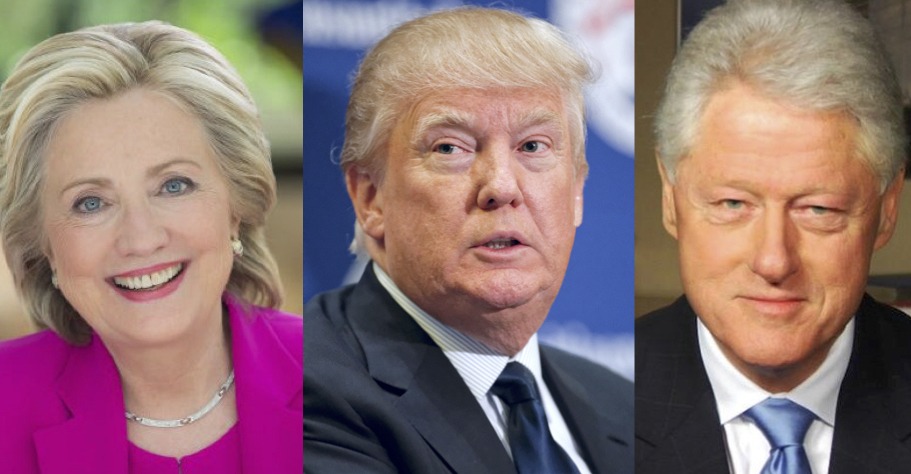 Donald Trump has done virtually nothing during the general election to address the question of whether he can expand his appeal enough to give himself a shot at winning; he hasn’t even tried. Instead we’ve been watching a guy who appears to know he can’t win, and merely wants to enjoy causing as much trouble as he can on the way down. Hillary Clinton is his opponent, and attacking her is just how politics works. But his desperate and dishonest attacks on the Clinton Foundation charity, which has saved the lives of millions of disadvantaged children around the world, have crossed a whole new kind of line.

Every independent analysis ever done of the Clinton Foundation has rated it as a fully honest charity in which the vast majority of the money goes to help people in need. And every ruthless attempt at digging up dirt on the Foundation, or inventing imaginary corruption in relation to Hillary Clinton’s former role as Secretary of State, has come up fully empty. There is simply nothing negative to be found about this Foundation. We’ve learned that from years and years of empty investigations which have all gone nowhere.

Of all the things that the Clinton Foundation has done to help disadvantaged people around the world over the years, it’s justified its own existence merely by ensuring that nine million people could get their hands on affordable AIDS drugs. That directly translates to millions of lives saved. And yet Donald Trump, in a resentful effort to make Hillary Clinton’s life miserable on her way to the Presidency, is trying to sabotage her Clinton Foundation.

With his dishonest attacks on a charity of all things, Donald Trump is forcing the Clinton Foundation to neuter itself. Already, for no good reason other than to quiet Trump, the Foundation has had to announce that it will no longer accept foreign donations. But those donations were saving lives, and would have continued saving lives. Donald Trump literally just killed a bunch of innocent people for kicks.

That goes beyond the mere financial corruption which has defined his entire life, or the political corruption which has defined the past year of his life. When you start purposely getting millions of people killed just to cause a little grief for a political opponent you don’t like, because you can’t handle that you’re going to lose, you’ve violated God’s laws. Simply put, Donald Trump will someday burn in hell for this.

← Donald Trump’s alarming weight loss during the campaign, despite no exercise and poor dietAfter being called out, Andrea Mitchell suddenly changes her tune about Hillary Clinton →
Posting....
Scroll To Top