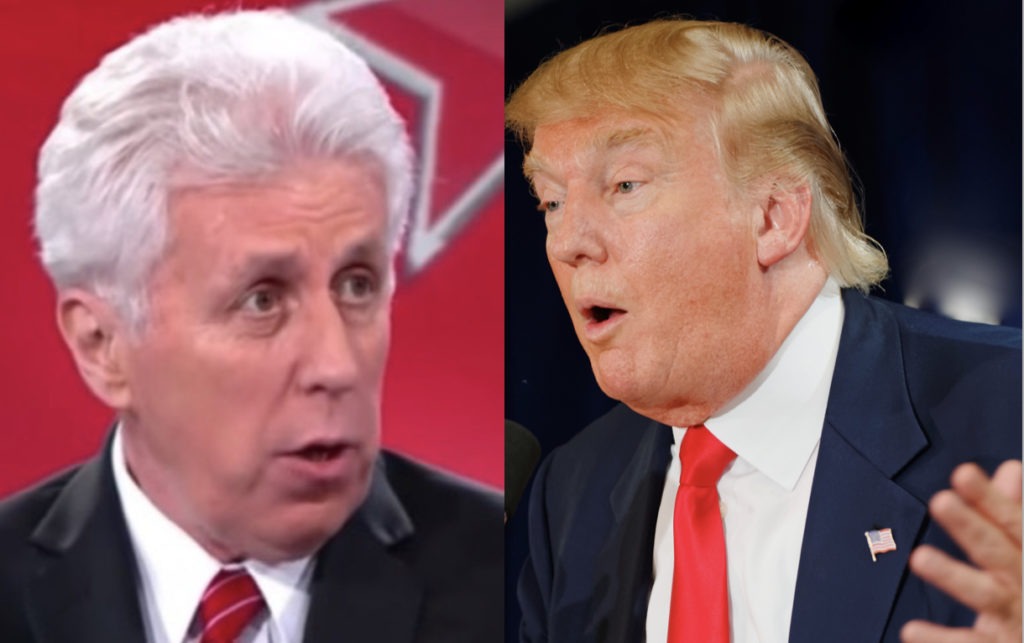 Now that the media is coming closer to doing its job by calling out some of Donald Trump’s lies and partially acknowledging the depth of his scandals, Trump is taking his ball and going to Harrisburg. He’s boycotting the White House Correspondents Dinner this evening, in favor of holding a divisive rally in Pennsylvania for his extremist supporters. But it turns out he couldn’t even get his biggest apologist in the media to side with him on it.

CNN political commentator Jeffrey Lord has consistently bent over backward so thoroughly to cover for Donald Trump’s lies and failings, it’s caused some viewers to decide they simply can’t watch the network whenever he’s on a panel. So you might think that if one person in the mainstream media were willing to join Trump in boycotting the White House Correspondents Dinner, it would have to be Lord. And when you consider that Lord lives near Harrisburg in Pennsylvania, you’d have expected him to show up and cover Trump’s rally tonight in solidarity.

But instead CNN’s on-air panel this evening has revealed that Jeffrey Lord decided to attend the White House Correspondents Dinner. In fairness to him, he hasn’t yet stated any specific reason for why he chose to attend, and the CNN panel merely explained that “he was invited.” For all we know, he might simply like the buffet.

But when Donald Trump can’t even get the likes of Jeffrey Lord to participate in his boycott stunt, it raises the question of just how thoroughly Trump’s ongoing antics may be wearing thin in general. Contribute to Palmer Report