Donald Trump decided to boycott the White House Correspondents Dinner this evening, in favor of holding a rally in Harrisburg, Pennsylvania instead. The dinner was fully sold out to capacity, despite Trump’s absence. But his rally was a different story, according to reporters on the scene at the Harrisburg event – who caught Trump lying about the supposed overflow crowd.

Jonathan Tamari of the Philadelphia Inquirer was one of the journalists on-site at Donald Trump’s rally in Pennsylvania tonight. He tweeted that “Trump says ‘we have a lot of people standing outside’ and he ‘broke the all time record’ in this arena. There are rows of empty seats here” (link). He then posted the following photo which clearly demonstrated the opposite: 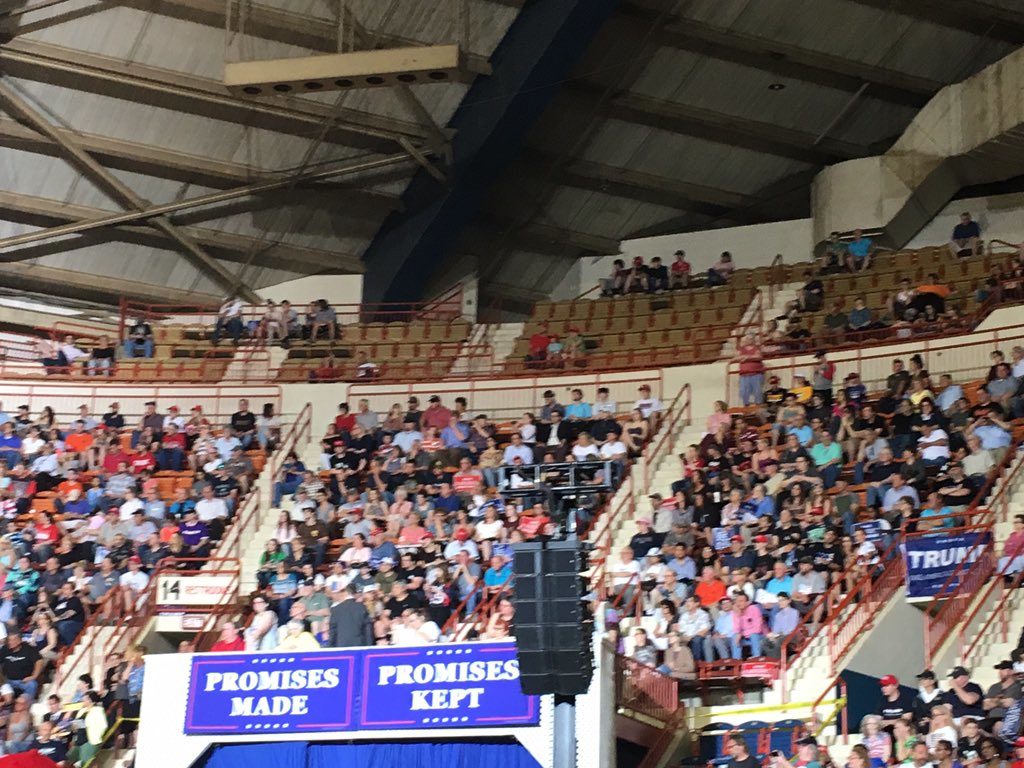 Marc Levy of the Associated Press than added that there was “nobody waiting outside to get in” (link). Tamari then struck at the heart of Donald Trump’s compulsive lying: “Thing is, there IS a big crowd here. A loud and excited one. POTUS could easily – and truthfully- talk about that. But has to claim more” (link). Trump’s disappointing sub-capacity crowd and torrent of bizarre lies about the crowd size in Harrisburg took place even as White House Correspondents Dinner host Hasan Minhaj simultaneously roasted Trump down in Washington DC. Contribute to Palmer Report

← Donald Trump couldn’t even win over Jeffrey Lord with his boycott of White House Correspondents DinnerNew York Times climate change debacle: when news outlets worry too much about “appearing” unbiased →
Leave a Comment