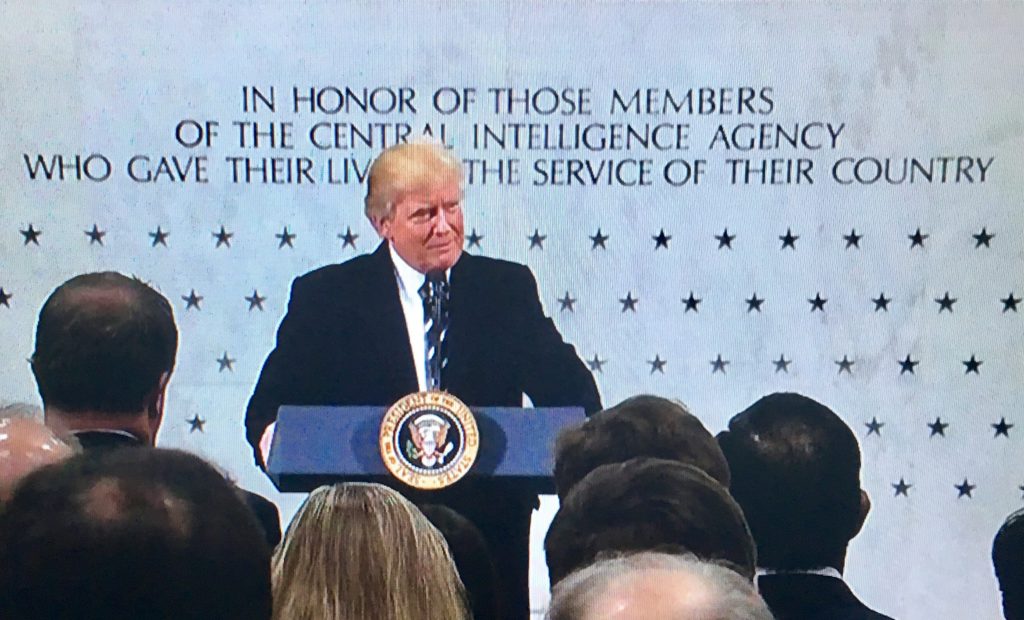 If you’re familiar with presidential protocol, or even if you’ve watched reruns of The West Wing, you’re aware that certain people within the government will always stand when the president enters the room, and they won’t sit back down until the president tells them to. Either Donald Trump isn’t aware of that protocol, or he abused it to his advantage, when he gave a speech at the CIA over the weekend. He bragged about getting long standing ovations from them. But in reality they were standing the entire time, because he never told them to sit down.

Trump bragged on Twitter that he had a “great meeting at CIA Headquarters” and that he had received “long standing ovations” from the CIA people in the audience. But as the Huffington Post has confirmed with someone knowledgeable with CIA protocol, those agents and employees were never going to sit down unless he told them they could.

Then again, Trump also bragged that he had a “packed house” for the speech, as if these were adoring fans showing up to one of his campaign rallies. But in reality he was simply a boss calling an employee meeting and his employees showed up to it. So maybe he really does think the CIA stood for his entire speech just because they liked him.