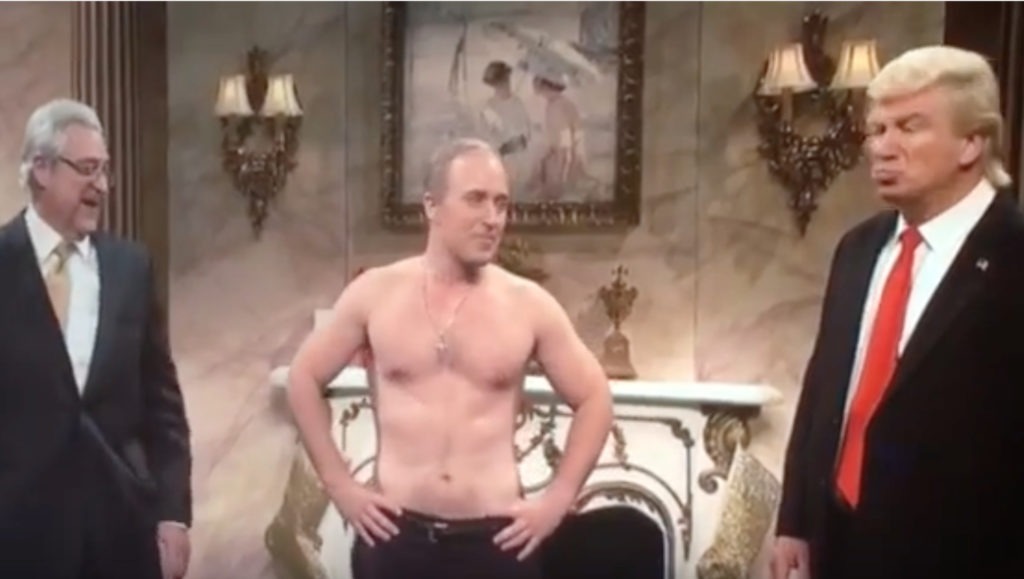 Capping off a week in which Donald Trump named a Secretary of State nominee who is a close personal friend of Russian President Vladimir Putin, Saturday Night Live wasted no time in skewering all three of them. Alec Baldwin returned as Trump, along with a shirtless Putin – and prospective Secretary of State Rex Tillerson was played by comedic actor John Goodman.

Goodman showed up for the SNL cold open sketch even though he wasn’t hosting the episode. The premise was that Trump, Putin, and Tillerson are collectively hijacking the United States on Russia’s behalf, which may hit too close to home for those who are outraged at the developments. But they did find a way to make it funny. Watch John Goodman and Alec Baldwin skewer Rex Tillerson and Donald Trump on Saturday Night Live in the video below: