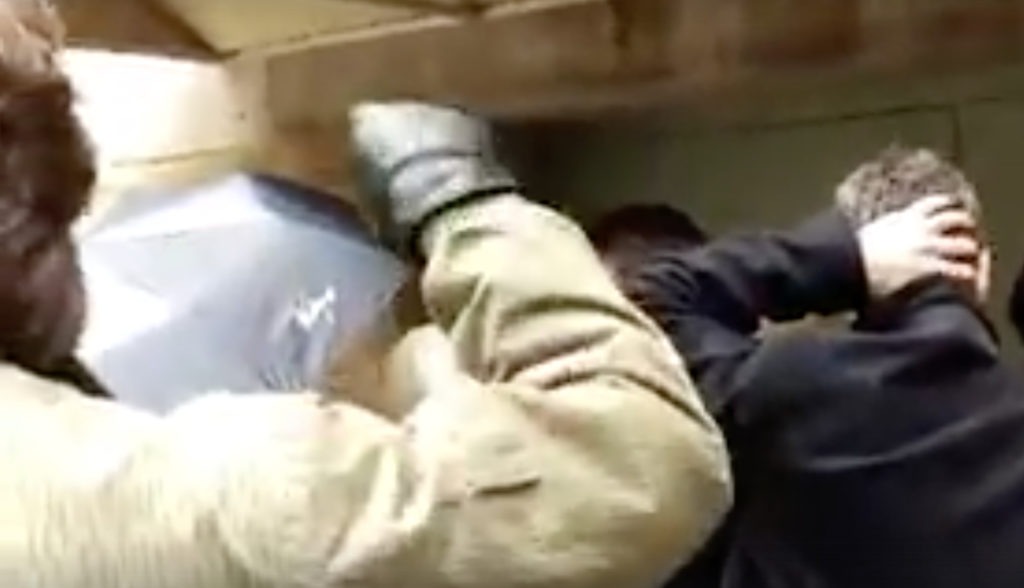 Donald Trump had a rough inauguration on Friday marked by poor turnout for his swearing in ceremony and even weaker crowds for his parade, but another Republican had an even rougher go of it. Pat McCrory, the recently departed governor of North Carolina, who is best known for his staunchly bigoted anti-LGBT views, was spotted by protesters who chased him into a Washington DC back alley while chanting “Shame!” at him after the inauguration.

McCrory helped usher in an infamous law in North Carolina known as HB2 which focused on which bathrooms transgender people were allowed to use, as well as placing other limitations on LGBT rights. It triggered nationwide boycotts against the state, and it ultimately cost him his job, as he lost to Democrat Roy Cooper in November. And it looks like those who believe in gay rights and equality still aren’t letting McCrory forget it.

The news site LGBTQ Nation dug up video of the protesters chasing Pat McCrory into an alleyway, which you can watch below: