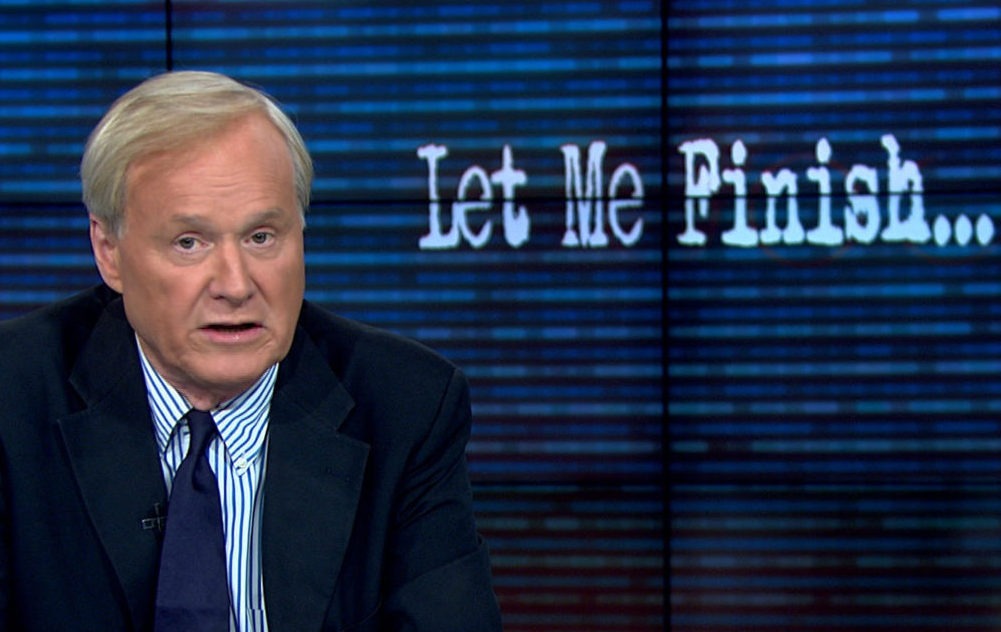 Shortly after a C-SPAN congressional broadcast was hijacked in favor of a Russian propaganda network for several minutes, another bizarre incident occurred on MSNBC which appeared to have been some kind of pro-Russia back as well. During a live broadcast of Hardball with Chris Matthews, Washington Post reporter David Ignatius was made to appear to be repeating the word “Russia” over and over again, saying it at least thirty times in rapid succession.

MSNBC hasn’t yet offered any explanation for the incident, which most closely resembled the kind of scene one might see in an espionage film where the television broadcast has been hijacked and frozen in place on repeat. While the incident could theoretically be explained away by a random technical glitch, the fact that Ignatius was made to say “Russia” repeatedly on a loop has raised eyebrows – particularly when considering that he was criticizing Vladimir Putin and Russia at the time.

But the timing of the MSNBC Hardball incident, coming almost immediately after the C-SPAN incident, has led some to begin asking if both were intentionally timed Russian hacks in retaliation for the recently unearthed intel report accusing Russia of holding blackmail material on Donald Trump. You can watch the bizarre MSNBC “Russia Russia Russia” hack in the video clip below:

← C-SPAN broadcast hijacked by Russian propaganda network for ten minutesLights go out on Senate intel hearing while Russian hacking is being discussed →
Posting....
Scroll To Top