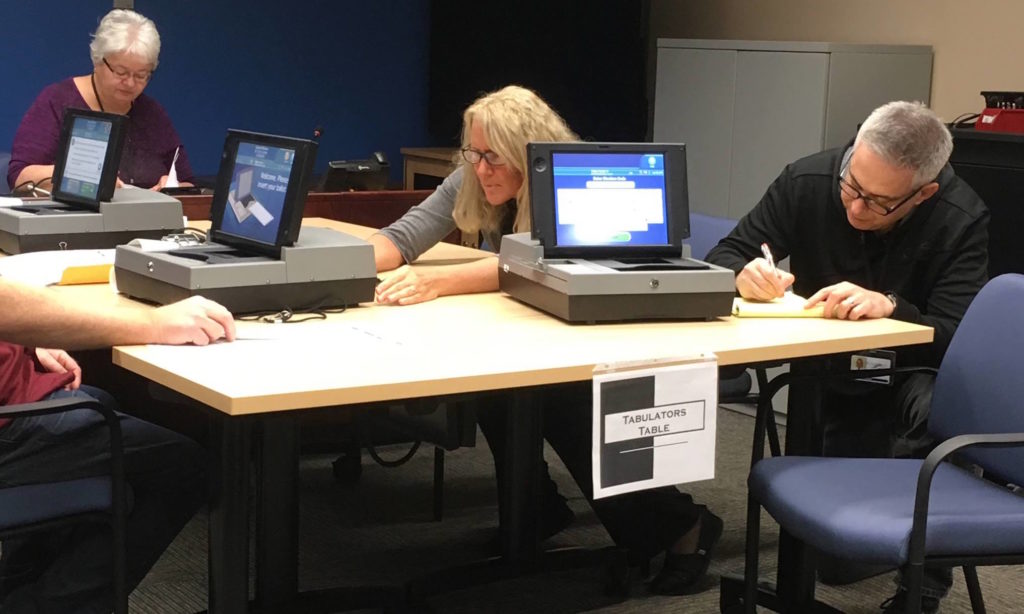 On Thursday we reported that a recount observer for third party candidate Jill Stein had photographically documented five vote counting machines in St Croix County with tampered seals. In a familiar refrain which is growing all too tiresome, Wisconsin officials are once again blaming it all on “modems.”

The primary Green Party observer in St Croix County posted the following today to a Jill Stein recount group on Facebook (direct link here: “I was the primary Green Party observer yesterday in St Croix County, where there has been reports of tampered ballot counting machines. The seals on the machines were broken by the manufacturer when they installed modems. They are working on getting an affidavit but it is the weekend.” (photo credit: photograph of St Croix recount posted by observer Rosemary Ann).

The explanation in and of itself sounds plausible, and more information appears to be forthcoming from the county officials. But what stands out is that this is the third separate instance of Wisconsin officials using modems to explain suspicious circumstances. Another recount observer in Kenosha County reports that officials are blaming modems. And last week, Palmer Report was the first to report that a Wisconsin elections official also blamed a “modem” error for incorrectly padding Donald Trump’s vote total in Sauk County.

The sheer number of instances in which Wisconsin elections officials are blaming “modems” for everything from tampered seals, to impossible vote totals, stands out as noteworthy in and of itself. While vote counting machines do in fact use modems to remotely pass along their totals, these modems are verging on becoming a too frequently used excuse. As the Wisconsin recount continues, election officials in the state may have some further explaining to do.