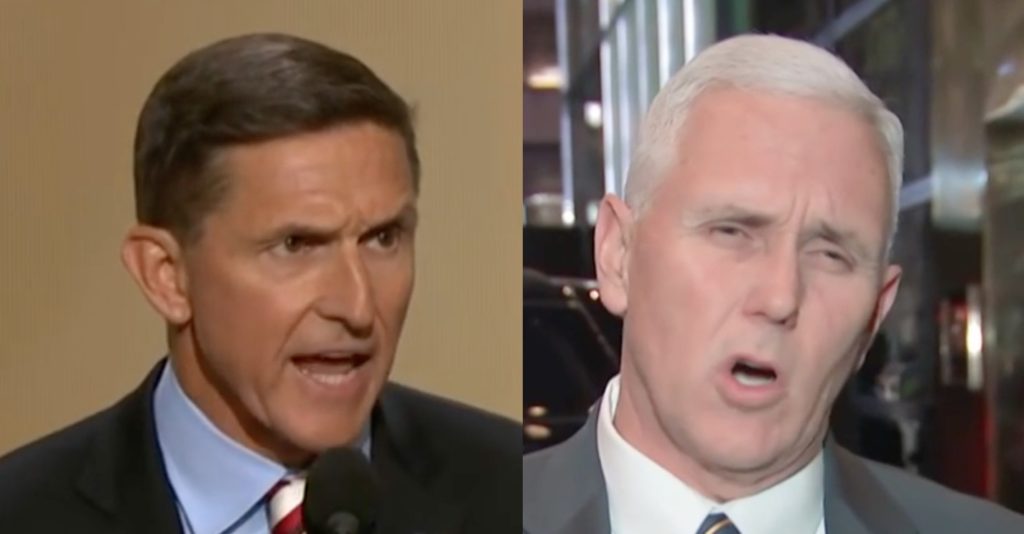 If Mike Pence is looking to insulate himself from Donald Trump’s Russia scandal, he just got caught lying about it in a way which severely hurts his own cause. Yesterday, Flynn registered with the United States government as a foreign agent, citing half a million dollars he took from Turkey. Pence just claimed in an interview that he hadn’t known about Flynn’s Turkey situation until now. But Pence learned about it back in November – meaning he’s lying.

Democratic Congressman Elijah Cummings sent a letter to Mike Pence’s office on November 18th, spelling out in detail the financial arrangements which Michael Flynn had with Turkey. Cummings entered the letter into the official House record at the time. The letter has long been public knowledge, but it’s once again become relevant because it demonstrates that Pence was long ago made aware of Flynn’s payments from Turkey.

This means that the Donald Trump administration went on to appoint Michael Flynn as its National Security Adviser even though Mike Pence knew Flynn was taking Turkish money. It also means Mike Pence was lying this week when he claimed in this interview with Fox News host Bret Baier that he wasn’t aware of Flynn’s Turkey situation until he heard about it from the media. This is a remarkable development considering that the Trump administration framed Flynn’s firing last month as having been a result of Flynn lying to Pence about his repeated phone calls with the Russian Ambassador.

And so even as Mike Pence tries to position himself as not having been aware of Michael Flynn’s Russian connections, Pence was well aware all along of Flynn’s Turkey connections – and now Pence is lying about having known. This raises the strong possibility that Pence also knew about Flynn’s Russian connections, and played dumb about it, suggesting that Pence may be as knee-deep into the Russia scandal as Trump himself. Contribute to Palmer Report