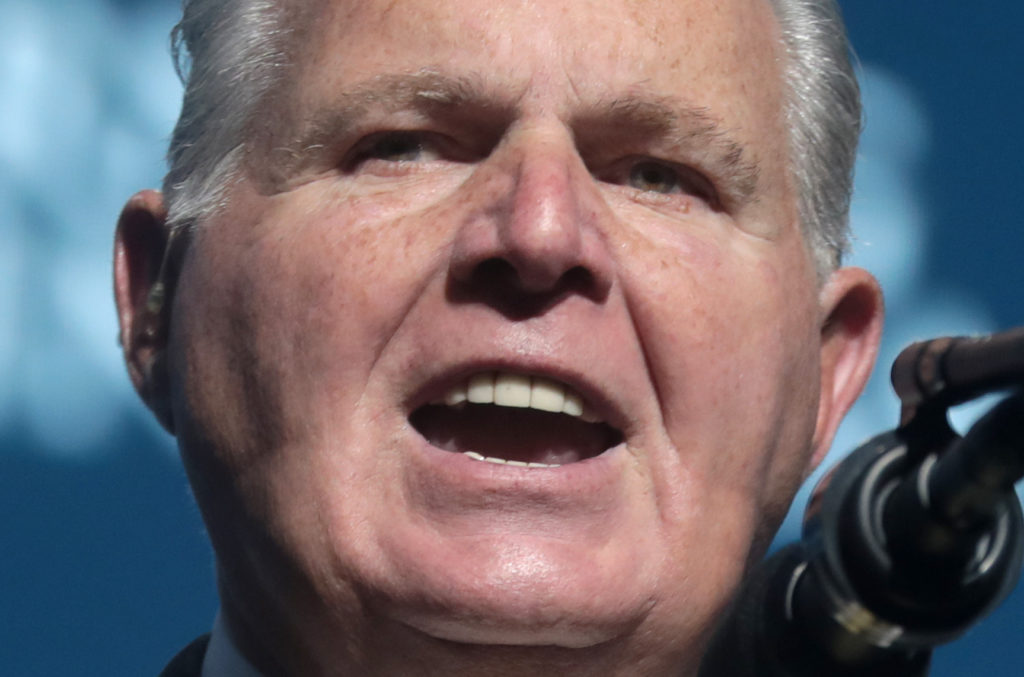 I don’t mind admitting that I was not very sorry to hear that the pariah of conservative talk radio, Rush Limbaugh, had passed away. In the early ‘90’s I heard about a new fast-talking conservative radio personality named Rush. Out of curiosity I tuned into his radio show. I was astounded by the degrading vitriol he was directing toward the President at that time, Bill Clinton, as well as Hillary. My sensibilities were somewhat shocked at the disrespectful language and attitude Limbaugh had for the leader of our nation and the Free World.

Those were the somewhat innocent days that we still enjoyed in the political discourse. Rush Limbaugh and his nasty right-wing staccato tirades were unleashed by the termination of the FCC Fairness Doctrine in 1988. He was no longer constrained to temper his attacks on Democrats, progressives, and other perceived enemies of the right-wing conservatives.

Limbaugh had a gleeful time insulting and slandering woman activists as “feminazis” and constantly degrading women in general. Once Limbaugh called a single college woman who challenged restrictions for public funding of birth control a “slut,” suggesting that she reimburse the taxpayers for her contraceptives by making videos of her sexual activities for public viewing.

Limbaugh helped boost the public image of Donald Trump by showering him with underserved praise, and constantly promoting Trump’s fictitious shtick about Barack Obama’s alleged non citizen status. Limbaugh was a mentor to Trump on developing a speaking style embellished by lies and degrading insults. Limbaugh was one of the enablers of the Republican Party’s transmogrification into a refuge for fascists, racists, white supremacists, greedy capitalists, Fox News addicts, and Trump cultists. He may be missed by many, but to borrow a song line: I won’t be included in that number, as the fakes go marching in.