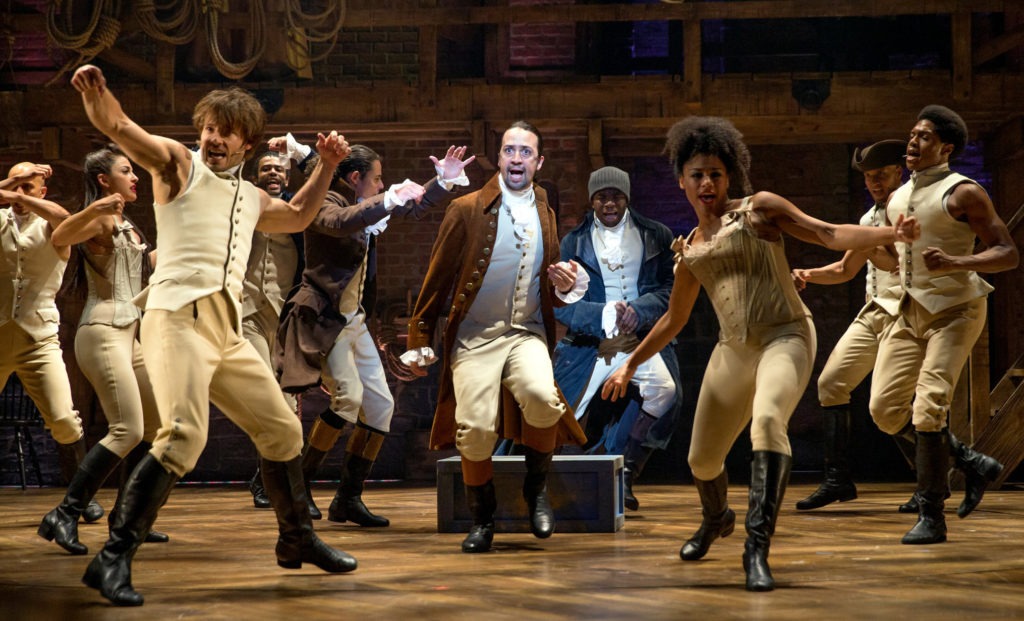 Last night, Mike Pence decided to take in the popular Broadway play Hamilton. And in a reminder that the illegitimately Donald Trump and Mike Pence are anything but popular, the theater audience roundly booed Pence when he walked in the door. More strikingly, the cast of Hamilton used the curtain call to harshly condemn Mike Pence by name to his face, wrapped in the guise of a cheerful “welcome” message. And now Donald Trump is staging a whining meltdown over the incident.

“Our wonderful future V.P. Mike Pence was harassed last night at the theater by the cast of Hamilton, cameras blazing,” Donald Trump tweeted early this morning, as if lectures were somehow harassment and cameras were somehow inappropriate weapons. “This should not happen!” But as per his custom, his whining social media tantrum had just begun. In a subsequent Twitter post, Trump insisted that “The Theater must always be a safe and special place. The cast of Hamilton was very rude last night to a very good man, Mike Pence. Apologize!”

That’s right, the “president-elect” of the United States is now demanding that the cast of a Broadway play apologize to his sidekick for daring to use their first amendment rights in what was a harsh but ultimately respectful and classy manner. Perhaps even more strikingly, the bully-coward Trump is now essentially calling for safe spaces for bigots like himself and Pence, where they can be free from anyone who wants to use freedom of speech against them. This comes even as Trump and his conservative supporters have demanded that college campuses do away with the legitimate safe spaces set up to protect students from bigoted harassment. This comes even as Trump continues to follow up his surprise win in the election by whining as if he had lost.