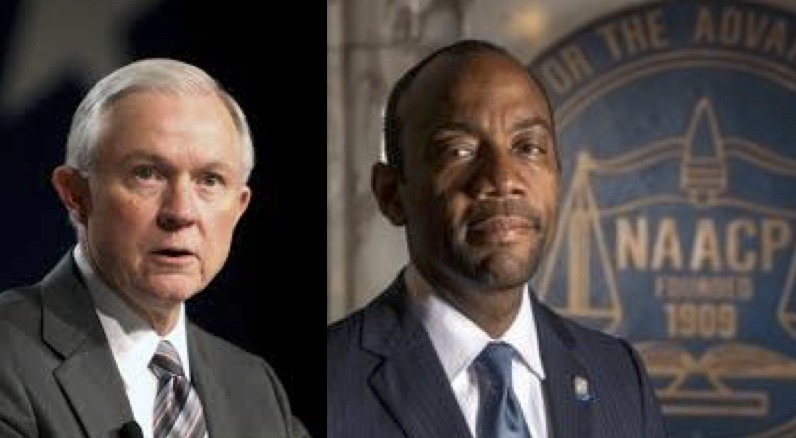 Earlier today, Palmer Report reported that several members of the NAACP – including its president Cornell William Brooks – had staged a sit in on the floor of the office of Jeff Sessions. He’s a Senator with a long track record of racism, and he’s also Donald Trump’s current nominee for Attorney General. Now it turns out Sessions has had the NAACP president arrested.

Brooks matter of factly tweeted that “We are about to be arrested.” And sure enough, CNN has now confirmed that he and five other NCAAP leaders have in fact been arrested. Jeff Sessions will almost certainly try to distance himself from this by claiming that he wasn’t the one who had them arrested. But because it was his office, he and his staff are the only ones who could have designated them as trespassing. Otherwise the police would have had no legal impetus to touch them, as they were simply sitting there peaceably.

And so now Jeff Sessions will enter his confirmation hearings for Attorney General having to not only answer questions about his own consistently racist past, he’ll also have to answer questions about why he recently had the president of the NAACP arrested. If Cornell William Brooks and the NAACP were laying a trap for Sessions, it appears he walked right into it. Meanwhile an online collection is already being taken up to cover their bail money.