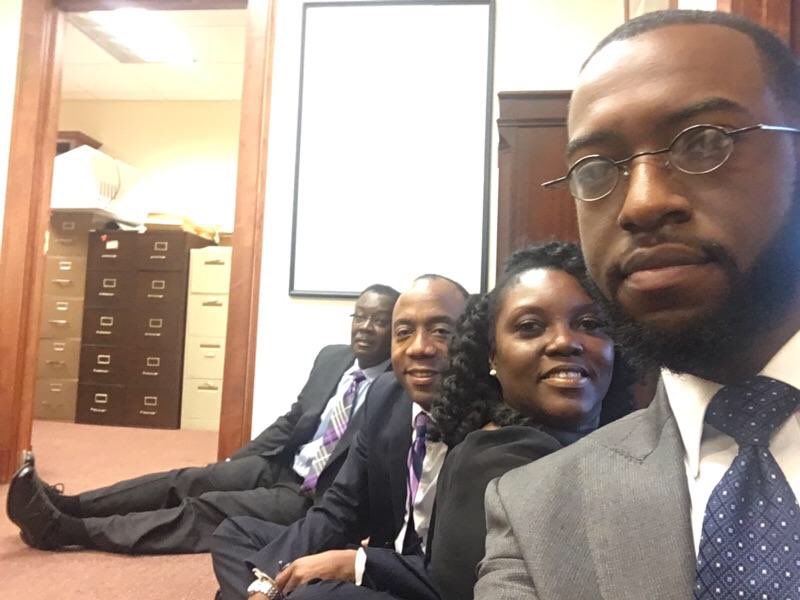 The confirmation path for Donald Trump’s Attorney General nominee Jeff Sessions just got more complicated. The current Senator from Alabama has a long history of racism, which has cost him promotions in the past. And now that Trump has tried to put Sessions – a man who doesn’t believe in civil rights – in charge of enforcing civil rights, the NAACP has inserted itself into the confirmation process. And that insertion is in the literal, physical sense.

Several members of the NAACP have taken over the office of Jeff Sessions, physically occupying the office and sitting on the floor. NAACP President and CEO Cornell William Brooks posted a photo of the protesters (see above) and announced via Twitter that they’re not leaving until either the Sessions nomination is withdrawn or they’re arrested.

Sessions is in Washington DC and they’ve occupied his Senate office back home in Alabama, meaning there is unlikely to be any face to face showdown. But now Sessions must decide whether to allow the protesters to continue to draw attention to his racist history by occupying his office, or risk creating even greater controversy for himself by having the NAACP arrested. Meanwhile public support for the sit-in protest is rapidly growing.

Brooks tweeted that pizzas are now being sent to the occupying NAACP members from outside supporters, in order to ensure they don’t have to give up their ground in order to remain fed. And some online supporters have gone so far as to pledge bail money if they do get arrested.