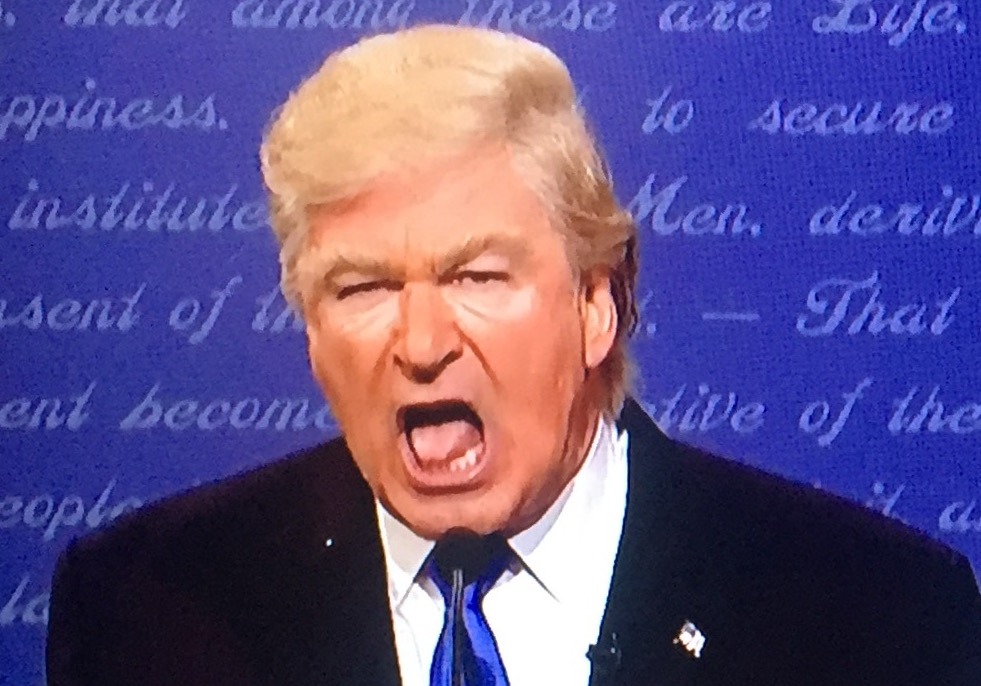 Now that Donald Trump has shockingly won a presidential election whose results are believed by many to have been rigged, it looks like actor Alec Baldwin may have a recurring gig at Saturday Night Live for the next four years – and this news doesn’t appear to make either of them happy. After Baldwin lampooned Trump on SNL for the first time since the election, Trump responded by whining about the show. In response, Baldwin unloaded on him on Sunday morning.

“I watched parts of Saturday Night Live last night,” Donald Trump tweeted on Sunday morning, begging the question of how he still has time to be watching late night television when he’s supposed to be preparing himself to lead the free world. “It is a totally one-sided, biased show – nothing funny at all. Equal time for us?” That set Alec Baldwin into motion.

Baldwin fired back at Donald Trump in a torrent of Twitter replies:

“Equal time? Election is over. There is no more equal time. Now u try 2 b Pres + ppl respond. That’s pretty much it.”

“You know what I would do if I were Prez? I’d be focused on how to improve the lives of AS MANY AMERICANS AS POSSIBLE.”

“I’d be focused on improving our reputation abroad, including actually fighting for freedom and not just oil.”

“I would make appointments that encouraged people, not generate fear and doubt.”

And in a span of just five tweets, Alec Baldwin demonstrated that he has a more serious understanding of the presidency than Donald Trump ever will. So what now? Unless the Electoral College pulls a hail mary and prevents Trump from taking office, it appears we’re stuck with him for four years or until he’s impeached. But if he’s going to spend all his time watching SNL and whining about it, he may not have time to carry out his extremist agenda anyway.

← Rigged election: months ago, Steve Bannon “knew” precisely which states Donald Trump would flipDonald Trump kept warning of a “rigged election” – he just didn’t mention it was in his favor →
Scroll To Top