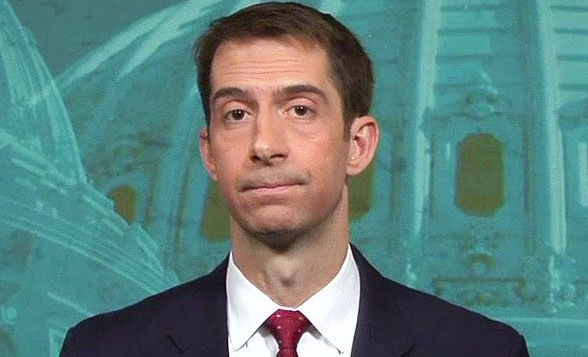 It is high time the wonderful District of Columbia became a state. They have gone way too long with “taxation without representation.” Of course, our “friends” on the other side of the aisle don’t want this to happen. The reason why is apparent. The Democrats would gain seats as DC is deeply liberal.

So, frantic Republicans are throwing everything but the kitchen sink against this idea in the hopes that it will not happen. But with his recent comments, Senator Tom Cotton may have outdone all his colleagues with his racist rhetoric regarding this issue.

Cotton (ignoramus-Arkansas), who recently suggested the Federal minimum wage be moved to ten dollars an hour (it is eleven already in his state), went a bit nuts with his comments. Here they are, folks, in all their racist glory:

OK. This sounds like racist garbage to me. It also makes no sense, but neither does the fact that Cotton got himself elected, so there is that.

What would a new state of Washington DC be, Mr. Cotton? Could it be that the state would have….lots of minorities living there? Is THAT what your craven lips were trying to gasp out?

At this point, I would not be surprised if the next objection to DC statehood was because it’s more likely to have UFOs land there than, say, Wyoming or West Virginia.

Tom Cotton is, like many of his partners in stupidity, a racist. Let’s try to get DC statehood done!