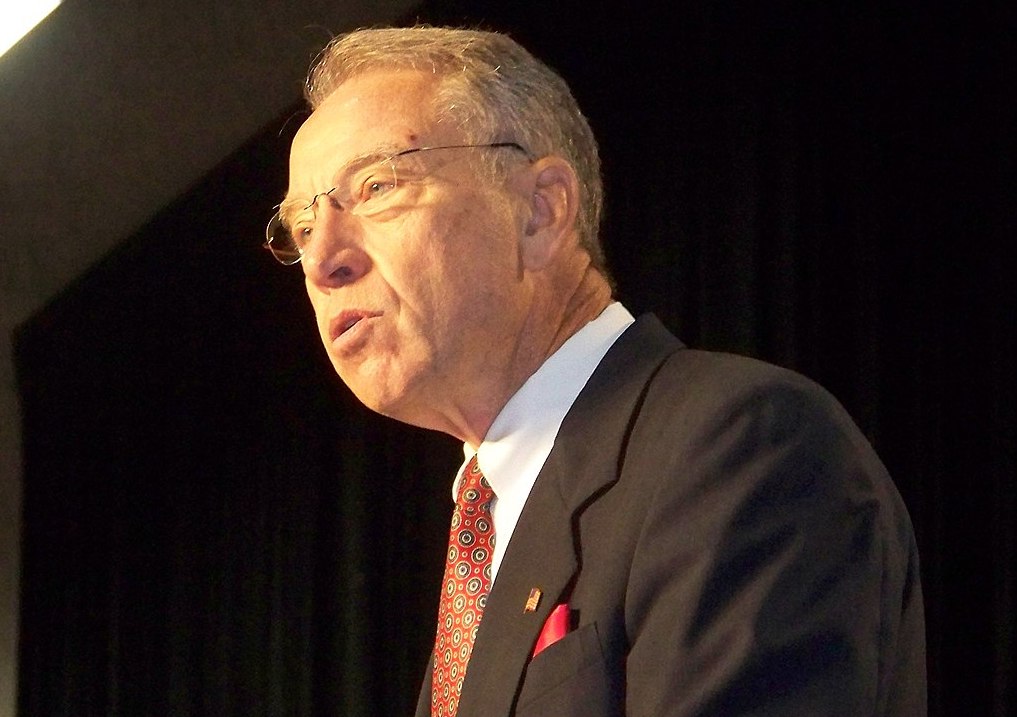 US Senatorial fossil Chuck Grassley was first elected to the Senate in 1980 and has been in the Senate longer than over a third of the people of Iowa have been alive. He just announced that he is running for reelection next year. And spouting off about how he’s going to work for Iowans and making it a better place to live and work in. While several Democrats have announced their intention to challenge Chuck, it looks increasingly likely former US Representative Abby Finkenauer will be the Democratic candidate.

Do I think that Chuck would serve a full term if he was reelected? Nope. He’s 88 years old now and will be 89 when the election was held. Personally, I think the GQP plan is he would serve for a bit, then “suddenly” decide to retire and Gov. Kim “CovidKim” Reynolds would appoint his rather useless grandson Pat to his seat. Then in 2028 Pat would have the incumbent advantage going in to that election. It would not surprise me if there was already a deal to that effect in the works.

Most pundits, polls, and the media have already in effect called the election for Grassley. I hope whoever the Democratic challenger is – be it Ms. Finkenauer or someone else – fights like hell to become the next Senator from Iowa and not just make a token effort as other challengers have done. Iowa Democrats need to be working hard to short circuit the GQP’s plans for Iowa’s US Senate seat in the 2022 election and also show CovidKim the door. And it would be nice to see the look on the faces of media personalities as they have to eat crow announcing he and CovidKim both lost.