Radical Republican firebrands have surprisingly delicate sensibilities concerning protests against their policies and a very high tolerance for the actions of those who support them. For example, this is how Sedition Counselor Josh Hawley described a demonstration outside his home on January 4:

“Tonight while I was in Missouri, Antifa scumbags came to our place in DC and threatened my wife and newborn daughter, who can’t travel. They screamed threats, vandalized, and tried to pound open our door. Let me be clear: My family & I will not be intimidated by leftwing violence.” 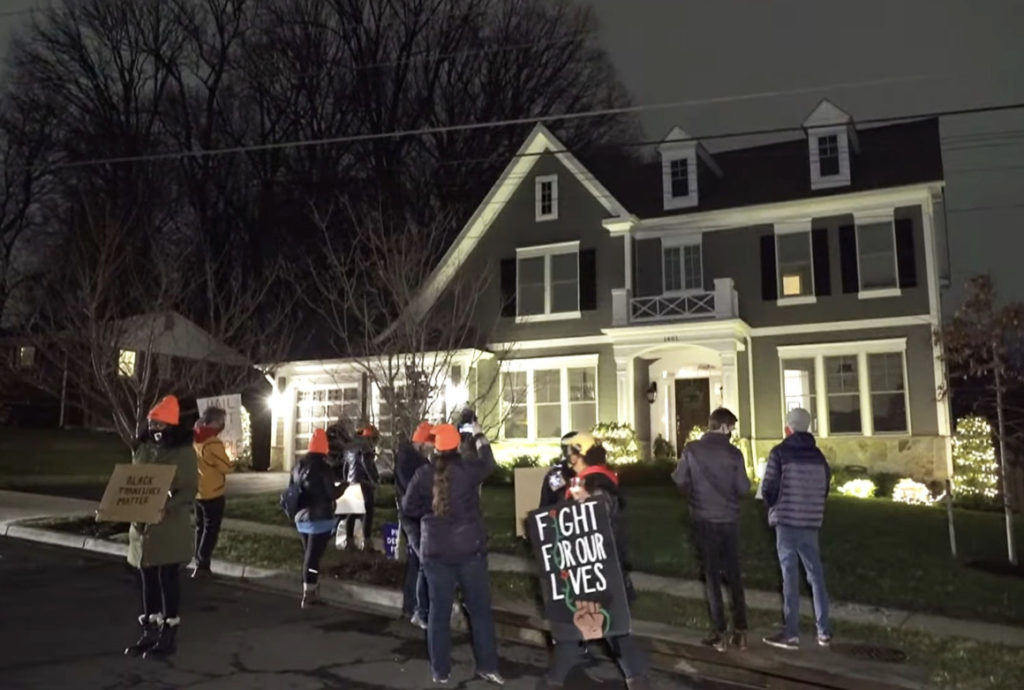 According to local police, the “people were peaceful,” although the protesters did violate a law on picketing in front of a house, a noise ordinance, and a littering prohibition. After the violations were explained to them, “everyone just left.” A police spokesman said, “There were no issues, no arrests. We didn’t think it was that big of a deal.”

Hawley disputed this characterization, which matched that of the demonstrators, by later tweeting: “@washingtonpost this morning printing outright lies from the Antifa group who now describe themselves as sweet angels. BS. You screamed through bullhorns, shouted down my wife when she asked you to leave, vandalized property, pounded on our door, and terrorized neighbors.”

“And didn’t have the guts to do it in daylight, but only under cover of darkness so you could hide. You’re scum. And we won’t be intimidated.” Yet here, is Hawley on the afternoon of January 6, giving a power salute to an actual mob that was about to storm the Capitol: 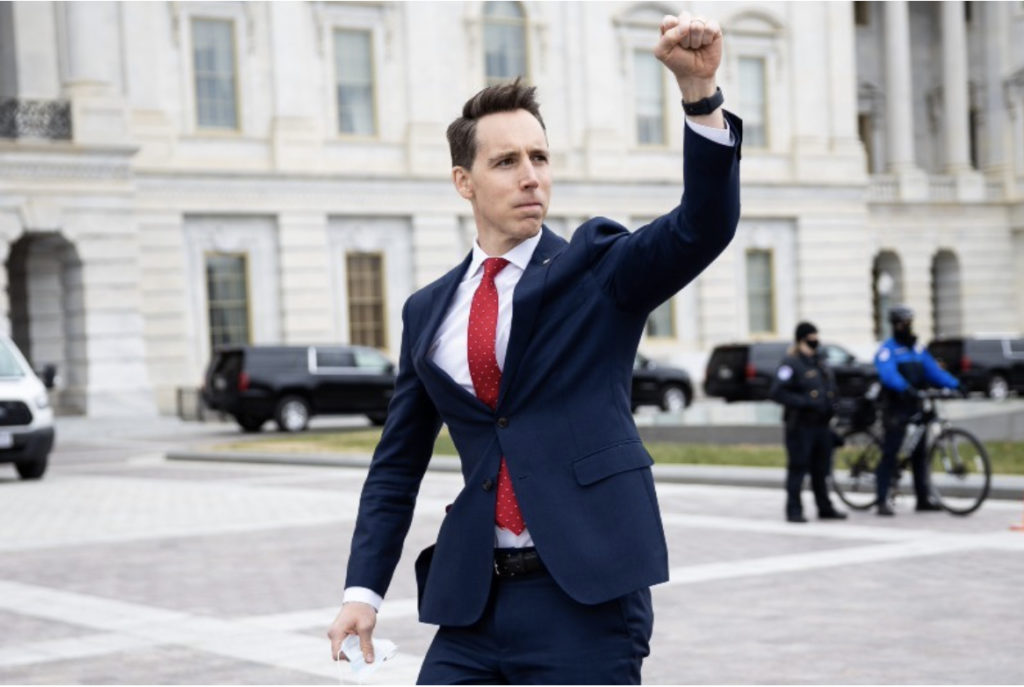 And here is that mob in action a short while later: 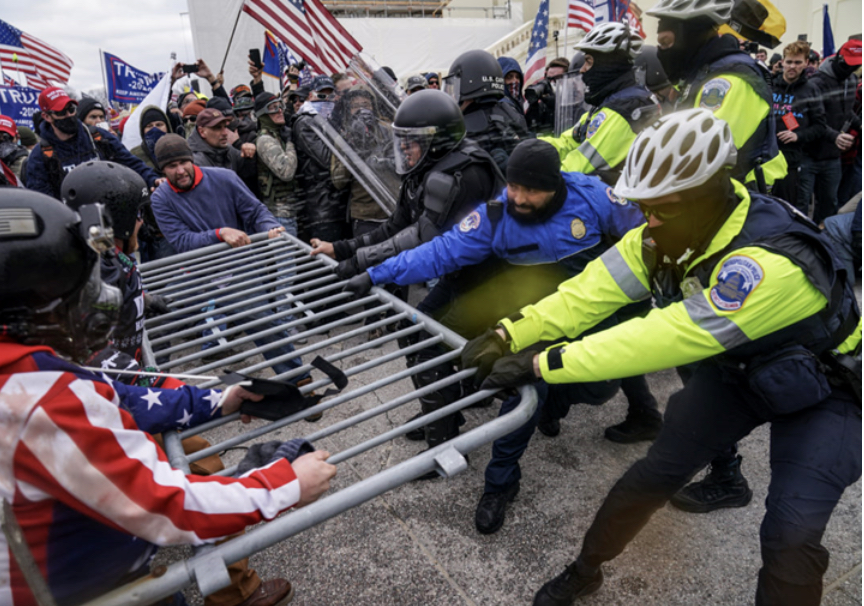 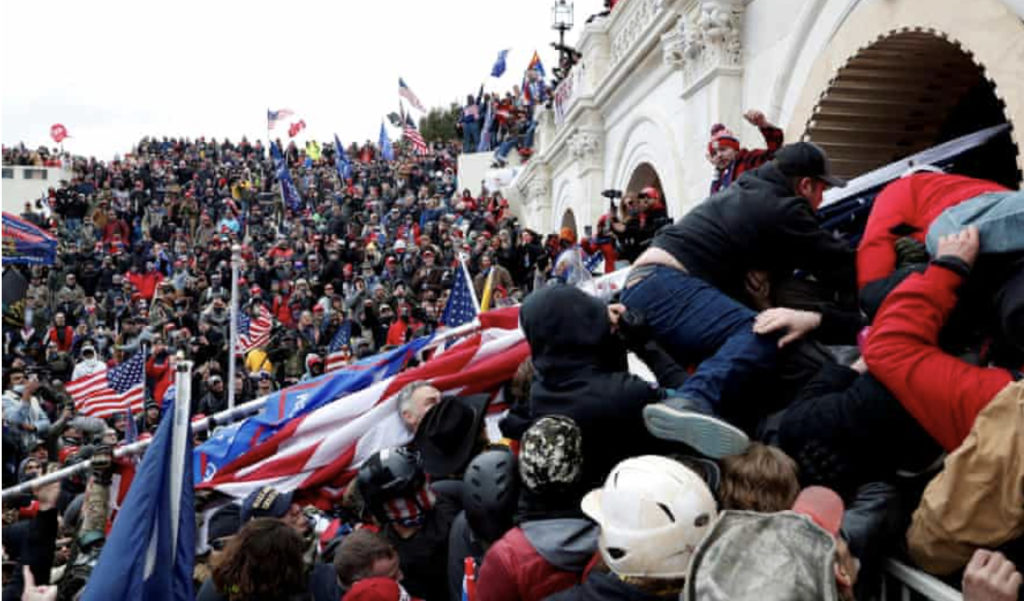 So, Ivy League Boy, tell us again, which group was a violent mob??