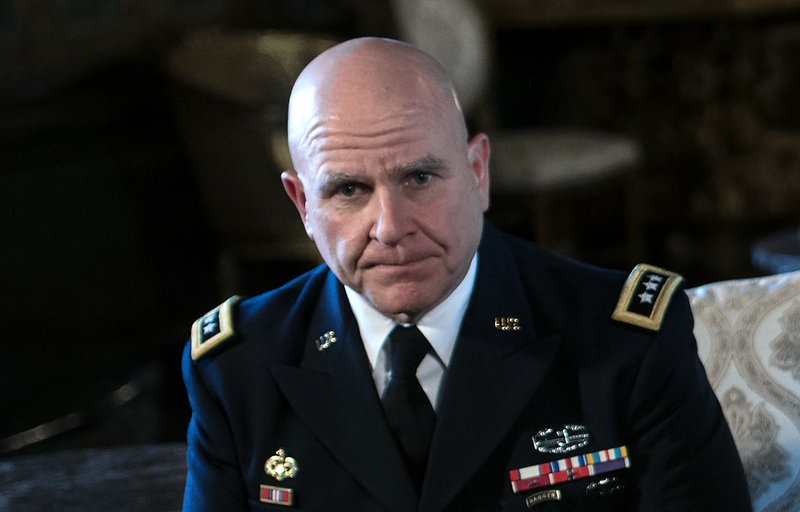 “I look forward to joining the national security team and doing everything I can to advance and protect the interests of the American people.” (link) That quote is from H.R. McMaster on May 16, 2017 shortly after he replaced Donald Trump’s first pick for National Security Adviser, Michael Flynn, who was allowed to resign after he lied to authorities in connection to the Trump-Russia investigation.

While Trump thinks he’s the smartest person on the planet, unlike him, other people have actually used their heads for something other than a hat rack, like H.R. McMaster. He’s no dummy. Not only can he read, he can write, too! If Trump took the time to read, he would know that H.R. McMaster already wrote the book on Dereliction of Duty. Literally. That’s the title. The book is widely used in the United States Military.

Not only did McMaster graduate from the United States Military Academy in 1984 after growing up on the tough streets of Philadelphia, he also earned a Ph.D. in American history from the University of North Carolina at Chapel Hill. Once you look at the totality of H.R. McMaster’s life and his work, you can start to see why he spoke out against Russia and can easily start to suspect that he may be the leak behind Trump’s recent phone call with Putin.

Trump committed a clear “Dereliction of Duty” by undermining everything we stand for as a nation when Trump congratulated Vladimir Putin; a hostile enemy of the United States, on his “electoral win.” We train our Generals to give up their lives and to send others to die to preserve our democracy. Trump is an offense to everything H.R. McMaster has ever believed in and willing to give his life for. Like Rex Tillerson, I think Trump underestimated the intelligence and patriotism of some of his appointees and may soon discover that McMaster is creating his own version of the “Philly Special” trick play to deliver to Donald J. Trump.