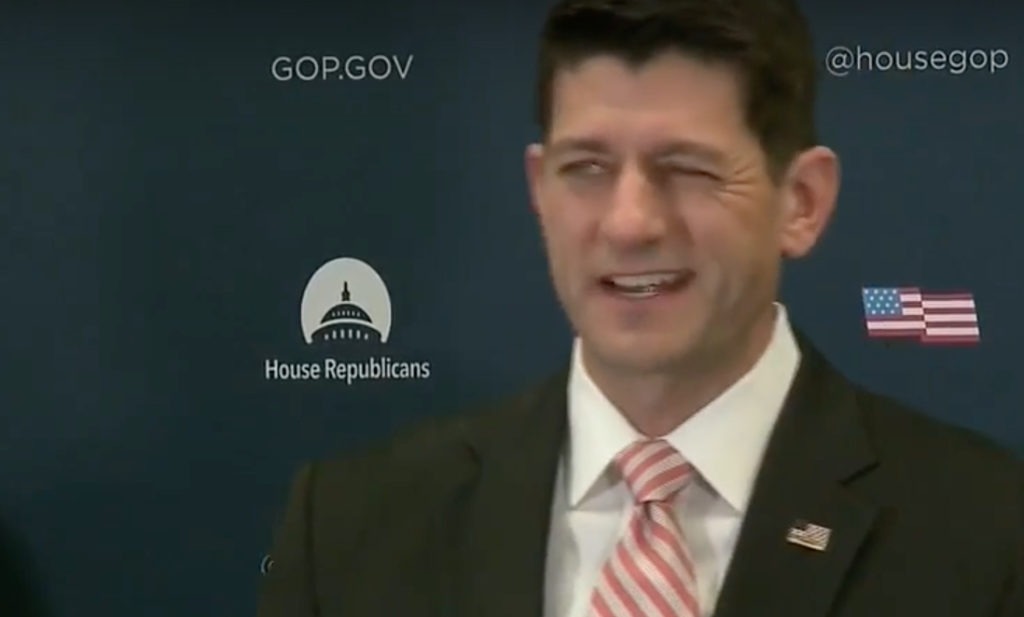 Republican Speaker of the House Paul Ryan is in big trouble and he knows it. The Republican Speaker announced that he has chosen not to seek re-election and has stated he will finish out his term before attempting to crawl back under the rock from which he came. The day after the offices of Michael Cohen were raided in relation to the 2016 election, Paul Ryan made it a point to tell everyone he is not resigning, he’s just choosing to “spend more time with his family.” That’s the same line all disgraced politicians use when they exit the stage.

The office of Trump attorney Michael Cohen isn’t the only office related to Republicans and their campaign finances that’s been raided by the FBI this past year. One week before Robert Mueller was retained as Special Council, the FBI was busy raiding the office of a Republican Political Consulting firm in Annapolis that worked with Republican candidates “locally and nationwide” and seized “computer files and documents related to the firm’s direct mail and fundraising practices.”

The company known as the Strategic Campaign Group, “was sued in 2014 on allegations of fraudulent fundraising practices. The firm has close ties to Republican consultant Scott B. Mackenzie, a treasurer for multiple political action committees that have drawn scrutiny for spending little money on candidates and instead steering donations to consultants.”

Now that another office related to Republican finances has been raided and knowing that Congress only works on average 133 days per year while making an obscene amount of money, Paul Ryan’s excuse that he doesn’t want to be a “weekend dad” is nothing but a cruel joke to most Americans who work 8-10 hours a day, 260 days a year, and don’t even have a thousand dollars in the bank. I call nalderdash! Paul Ryan is in big trouble and he knows it.

← Yet another official resigns from Donald Trump’s White HouseWell, we’re in it now →
Leave a Comment