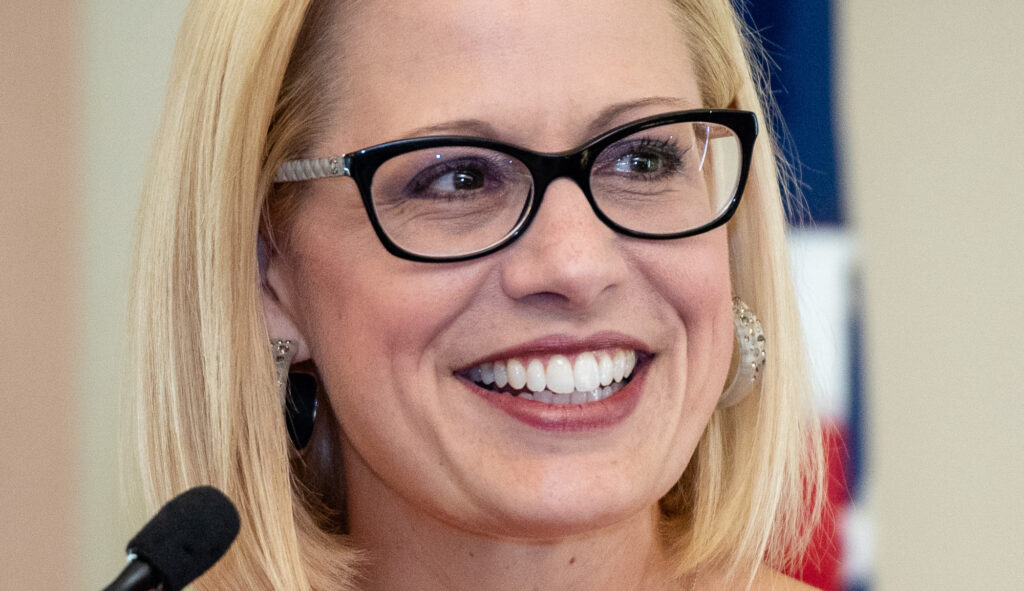 I’d like to extend a warm and sincere congratulations to Senator Kyrsten Sinema. We should ALL be congratulating the Arizona Senator about now. Miss Sinema has made quite a substantial achievement for which she must be recognized. Few Democrats have EVER been able to pull this one off!

What is this fantastic thing that she has done? Senator Sinema has set a record — for achieving an 8 percent favorability among Arizona Democrats. Way to go, Senator Sinema! This poll is from Civiqs.

This is quite something. I am unaware of any Democrat who managed to achieve this true accomplishment of turning off one’s own political party so severely that they can’t even hit 10 percent in the approval polls.

It appears a grim-faced Karma has come to Sinema and is not leaving anytime soon. Karma has also dealt the artificially sanguine Senator another blow. Senator Sinema has been formally censured by the Arizona Democratic Party.

Chairwoman Raquel Teran had this to say: “While we take no pleasure in this announcement, the ADP Executive Board has decided to formally censure Senator Sinema as a result of her failure to do whatever it takes to ensure the health of our democracy.”

It’s astounding, really. There is something almost Shakespearean about Sinema’s fall from grace. This is a woman who entered the Senate with the support of nearly everybody in our party.

She was considered a strong and feisty woman who had helped to start the process of turning Arizona purple. Her future looked bright. I cannot possibly imagine what it must be like to BE Sinema right now. Many have said her actions don’t show that she particularly cares how we view her.

I beg to differ. We have no idea what lies beneath the cutesy smile and the quiet impudence. She appears now to be the most disliked member of her own party. She has succeeded mightily in destroying the promising upward arc of what once looked like a brilliant and triumphant career and turning it into pale and faded dust.