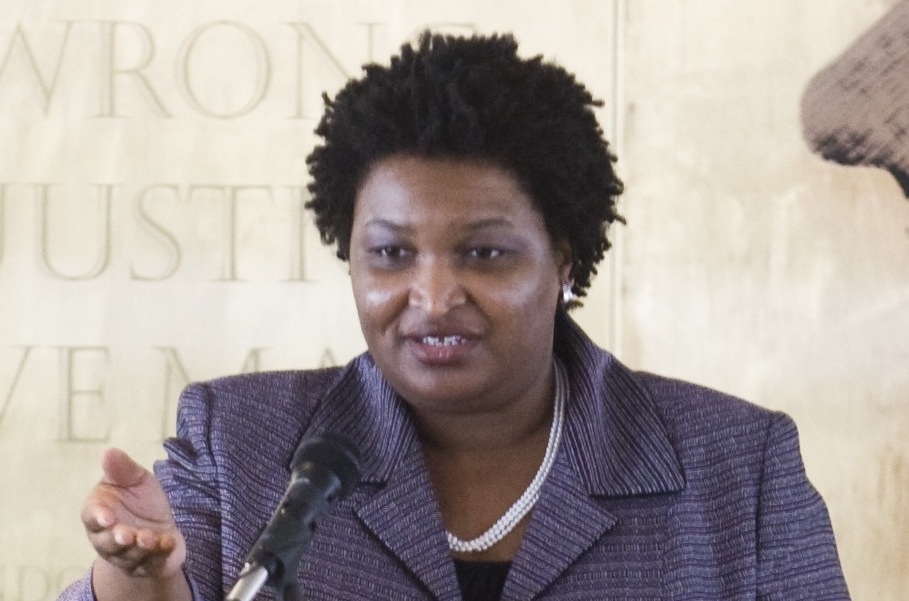 Yesterday Joe Manchin incrementally caved in two important ways. First, he submitted revisions under which he would consider supporting HR1 voting rights legislation. Then he suggested lowering the filibuster threshold from 60 votes to 55 votes – still not far enough, but a clear sign that he’s abandoned his previous ‘I’ll never modify the filibuster at all’ position.

Today another major piece of the puzzle came together when leading voting rights advocate Stacey Abrams announced that she supports Manchin’s HR1 revisions. If Abrams thinks that Manchin’s revisions are reasonable, then that means they are.

Chuck Schumer now says he’s holding a preliminary Senate vote on HR1 next Tuesday. It’s not clear if this means he now has the votes, or perhaps more likely, he’s expecting this vote to fail so that more attention will be brought to the matter. If Republican Senators use the filibuster to derail the vote, then the resulting outrage will certainly result in more outrage aimed at them, which in turn will give Manchin more cover to continue incrementally caving on the filibuster.

As I’ve said from the very start, HR1 and voting rights legislation are a long game. The next major election isn’t until next year. We have time to do this in the right way and make sure it gets passed. The fact that Stacey Abrams and Manchin are on the same page is a big deal, and it legitimizes where this is headed.

Of course if the preliminary HR1 vote does get derailed next week, the defeatists will come out of the woodwork to insist that “all hope is lost” and “Chuck Schumer is an idiot” and “nothing will happen” and all the other usual doomsday proclamations. But that’s not how anything works. Voting rights legislation is clearly trending in the right direction, and if Schumer is indeed setting up next week’s preliminary vote to fail in order to stoke outrage and move the needle, it’s a good plan. Our job will be to continue applying pressure to people like Manchin, and to shout down the defeatists when they insist that everyone give up and quit.