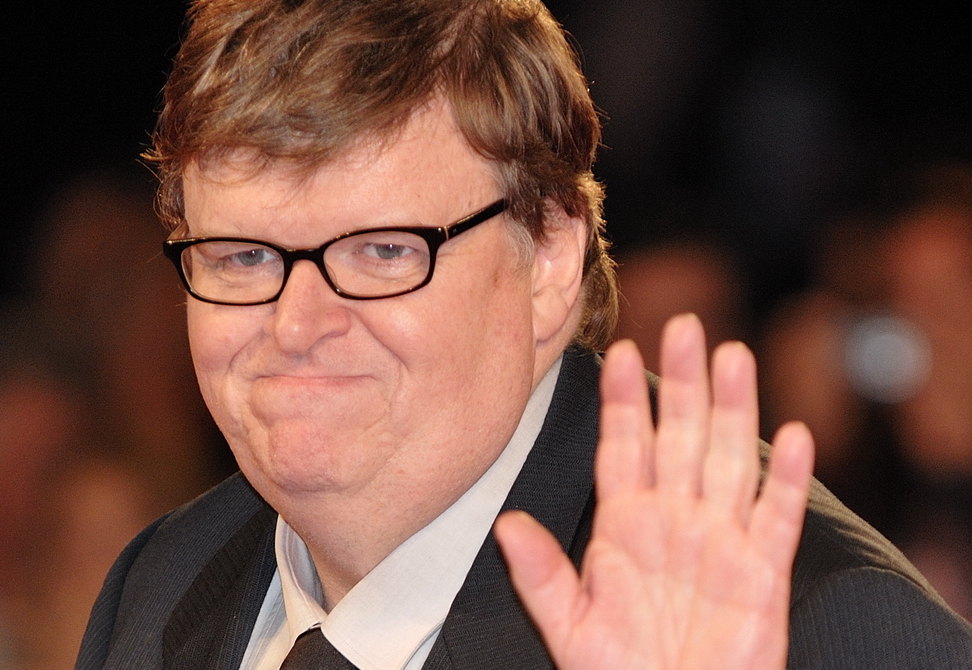 With the nation trying to figure out how to react to the Republican Senate’s predictable yet cringeworthy sham acquittal of Donald Trump, this weekend MSNBC decided that what we all needed was a divisive dose of Michael Moore. Most of us would rather be kicked in the head, but for some reason Moore has been on MSNBC multiple times in the past couple days, trying to do as much harm as possible. His appearance this morning should be the last straw.

Decades ago, Michael Moore was a tireless crusader for liberal causes. But then during the Obama era, when things were finally going well for America, Moore became less relevant. So in 2015 he decided to reinvent himself as a guy who frequently, histrionically, and often dishonestly, attacks the Democratic Party. This scored him some progressive street cred at a time when phony conspiracy theories about the DNC were trendy (many of them manufactured by Trump, the GOP, and Russian puppet Wikileaks). But his absurd exaggerations and lies about Hillary Clinton – at a time when she was ahead of Bernie by millions of votes and he knew she was going to be the nominee – are one of the big reasons Donald Trump is in office.

Now that we’re heading into a weird stretch where Bernie Sanders might win the overly white states of Iowa and New Hampshire before ultimately getting blown out on Super Tuesday, MSNBC has decided that February is “Bernie month.” And why not? MSNBC scores easy ratings by pretending that Bernie is the frontrunner. His fans stay tuned in because they love to hear it. The majority of people on the left, who think Bernie’s a divisive idiot, stay tuned in because they’re afraid he just might actually be the nominee – and they know he’d almost certainly lose to Trump.

So it wasn’t surprising that MSNBC allowed Michael Moore to give a histrionic, childlike performance on the air today, in which Moore promoted his latest phony narrative about how the Democratic National Committee is conspiring against Bernie Sanders. The thing is, most liberals are sick of this crap. They’re sick of Bernie’s lies about Warren and Biden. They’re sick of Bernie’s toxic surrogates acting like unhinged children. And they’re particularly sick of opportunists like Moore pushing nonsensical anti-DNC conspiracy theories. Moore’s name spent much of the day trending atop Twitter, as everyone piled on about how shameful his antics are.

Mainstream Americans increasingly want a Democratic nominee who’s competent, broadly popular, and isn’t trying to divide the left against itself. Warren is a leftist who fits this description. Biden is a moderate who fits this description. Bernie is just a sore loser who’s running again for his own ego. Americans are tired of this incessant nonsense about the DNC rigging anything against anyone. They’re tired of Bernie Sanders fans insisting that he was somehow the rightful winner of the 2016 primary, when he lost by four million votes. Whatever anyone thinks of Hillary Clinton, Bernie lost to her in a massive blowout. Bernie would have lost the 2016 general election in humiliating fashion, and he’d lose the 2020 general election in similar fashion.

At a time when everyone not sucked in by the Bernie cult is trying to figure out how to convince him to knock off the toxic divisiveness and dishonest attacks on his Democratic opponents, MSNBC is trying to divide us further by trotting out a lie machine like Michael Moore. He can go push his anti-Democrat lies on his own platforms if he pleases. But MSNBC has a responsibility not to give airtime to a guy like Moore, who at this point is essentially as dishonest and toxic and any Trump surrogate.