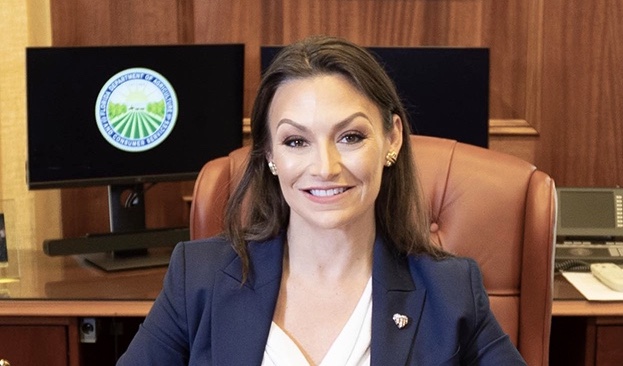 Although Ron DeSantis was being hailed by the media just weeks ago as the one who would succeed Trump’s dark legacy of authoritarianism and government incompetence in 2024, the coverage has suddenly switched to showing his woeful incompetence in handling the COVID crisis in Florida, which makes up an overwhelming number of the recent COVID death toll – all preventable if it weren’t for the governor touting his obvious presidential ambition in the way of actually trying to lead the state.

Nikki Fried, Florida’s current commissioner of agriculture and a gubernatorial candidate for 2022, repudiated the governor in the perfect way – predicting that DeSantis, who is inevitably stuck with the nickname #DeathSantis, is about to suffer a drop in the polls – again after the polls that showed him losing to former Florida governor Charlie Crist. It’s a pretty clever political trick for a few reasons. First of all, it’s a callback to the irrational love of polls that Donald Trump and his base were obsessed with – as long as the polls were in their favor, and when any particular poll shows a drop in favorability for the governor, it’s liable to earn the Fried campaign more media attention – taking away the spotlight from DeSantis.

Fried wasn’t finished, though – as she torched DeSantis’ poor leadership and for leaving the state to fundraise – a criticism consistent with one the White House already delivered. This is pretty standard stuff for a campaign, but then she threw in that DeSantis “panicked during the pandemic” – a phrase that can and should haunt the governor regardless of who wins the nomination. It’s one thing to say that DeSantis did a poor job – but to say that he panicked because he’s way in over his head, is crucial to destroying his image. No one wants their leaders to look weak – and the message must be that DeSantis is weak and not up to leading through a crisis. Let’s eject him from the governor’s mansion in 2022.