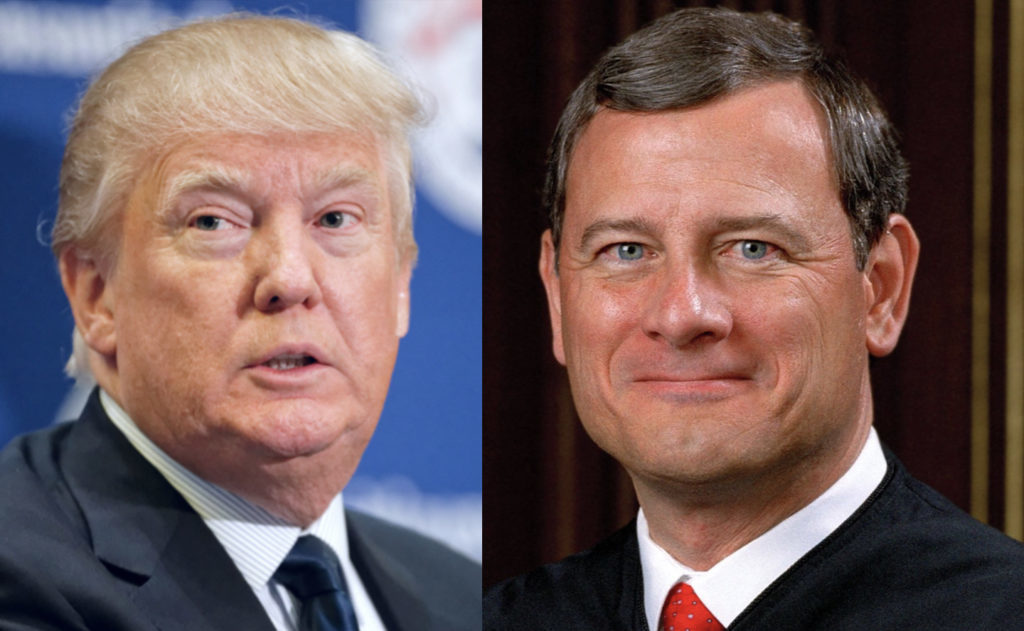 Supreme Court Chief Justice John Roberts just announced that he’s putting a hold on the recent U.S. Court of Appeals ruling that Donald Trump’s accounting firm must turn over his financial records and tax returns to the House impeachment inquiry. This is widely being interpreted as the Supreme Court siding with Trump on the matter. But that’s not what happened today – at all.

The Appeals Court ruling generated a deadline of this Wednesday for Donald Trump’s financial records to be turned over. Trump appealed the ruling to the Supreme Court. Obviously, the Supreme Court isn’t going to be able to figure out before Wednesday how it wants to respond to this appeal.

So, just as things are supposed to work, Roberts announced today that he’s placing a hold on the deadline until the Supreme Court can decide what it wants to do. The next step will be for the Justices to decide if they even want to take up the case. This could still be over within a matter of days.

There are some fatalists within the Resistance who decided a long time ago that because there are five conservative Supreme Court Justices, the court will automatically side with Donald Trump on any given ruling. But that’s not how anything works. The dispute over Trump’s financial records is not an ideological matter. There’s no reason to expect that Roberts will side with Trump in this case, and last we checked, Brett Kavanaugh doesn’t get to vote twice. In any case, for now, the upshot is that the Supreme Court has not in any way sided with Trump by making the move it made today. Today’s move was always, and all but automatically, going to happen as a matter of procedure.

← Mike Pence just reminded us what a sniveling coward he isJennifer Williams is about to get her revenge on Donald Trump →
Posting....
Scroll To Top