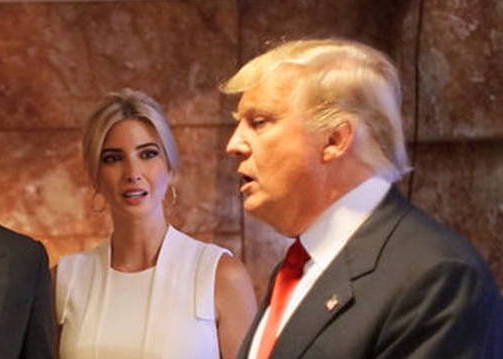 Well that escalated quickly. Now that Donald Trump has lost the election and will be eligible for arrest and asset seizures as soon as he’s gone from office, we’ve been waiting for New York State to tip off how its ongoing investigations into Trump are going to come to a head. Tonight we got a big piece of the puzzle.

The New York Times is reporting that New York’s ongoing investigation into the Donald Trump and the Trump Organization has expanded to include massive consulting fees that were paid to Ivanka Trump and then written off. It’s not against the law for Ivanka to accept those payments. But the Trump Organization reportedly wrote off those payments as tax losses, which is illegal.

What stands out here is that the Times says New York’s civil and criminal investigations have expanded to include these payments. This means New York isn’t merely looking at taking the money back that was improperly written off; it’s looking into this in terms of felony tax fraud. That would include criminal charges for whoever in the Trump Organization made the decision to write it off, which would ostensibly be Donald Trump himself, along with Trump Organization CFO Allen Weisselberg. This comes after last week’s report that New York is putting the squeeze on Weisselberg and his family, in an apparent attempt at getting him to flip on Donald Trump.

This is important because it makes clear that New York State really is about to rip Donald Trump’s life to pieces, on both a civil and criminal level. We’ll see asset forfeitures. We’ll see indictments. We’ll see Trump on trial. As a reminder, no President can pardon state level charges. This news comes just hours after CNN reported that the FBI is now zeroing in on Rudy Giuliani. The sharks are circling pretty heavily now.