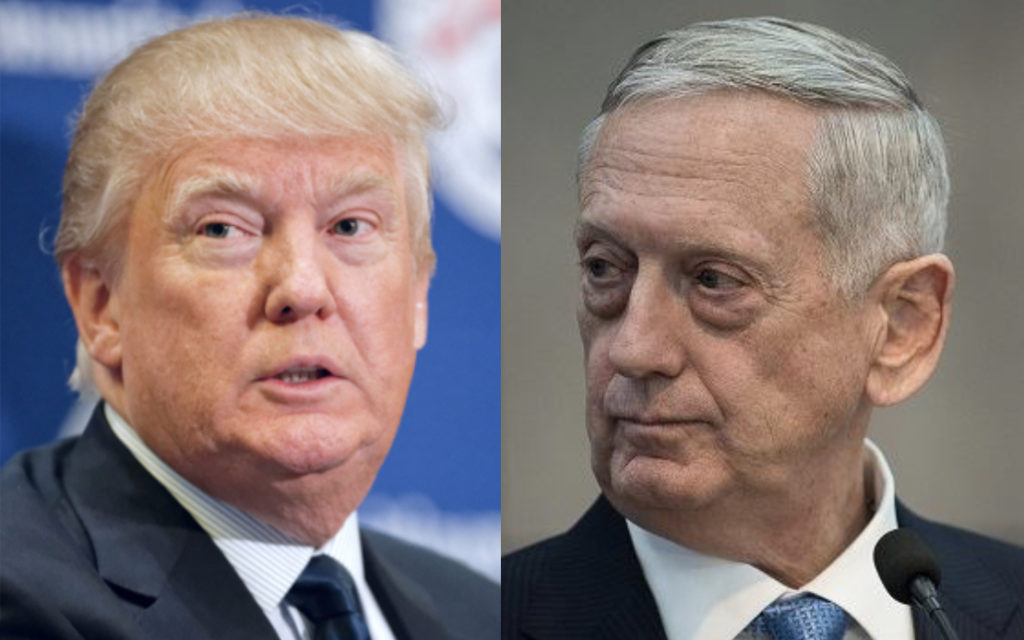 When Donald Trump decided to withdraw U.S. troops from Syria in order to please his personal puppet masters in Russia and Turkey, it did more than just prompt Secretary of Defense James Mattis to resign in protest. It turns out U.S. military officials are now cutting off all contact with Trump, and it’s coming at Mattis’ instruction.

In a startling revelation, military leaders are now going out of their way to avoid “interacting directly” with Donald Trump, according to a new CNN report, for fear he might issue them an impulsive and destructive order. They would have to immediately follow any such order, even if it were as ludicrous as, say, bombing a United States ally. They’re cutting off contact with Trump because General Mattis told them to, for the good of the nation. This is stunning on two levels.

First, this means that General Mattis doesn’t merely think Donald Trump is dishonorable; he thinks Trump is deranged enough to give destructive or incoherent military orders at any moment. This is coming from someone who has worked closely with Trump for the past two years, and is in a position to know just how far gone Trump is.

Second, while we fully support what the military officials are doing and why they’re doing it, this is inching toward a soft military coup. By avoiding Donald Trump, they’re making sure he can’t give them orders; it’s a way of not following any orders that Trump might be seeking to give them. Then again, when the “President” of the United States is merely a guy who treasonously conspired with a foreign enemy to rig the election in his favor, and was not legitimately elected to anything, can you even have a coup against him?

← What the hell is going on with Donald and Melania Trump?Everyone piles on after Donald Trump has unhinged “poor me” moment →