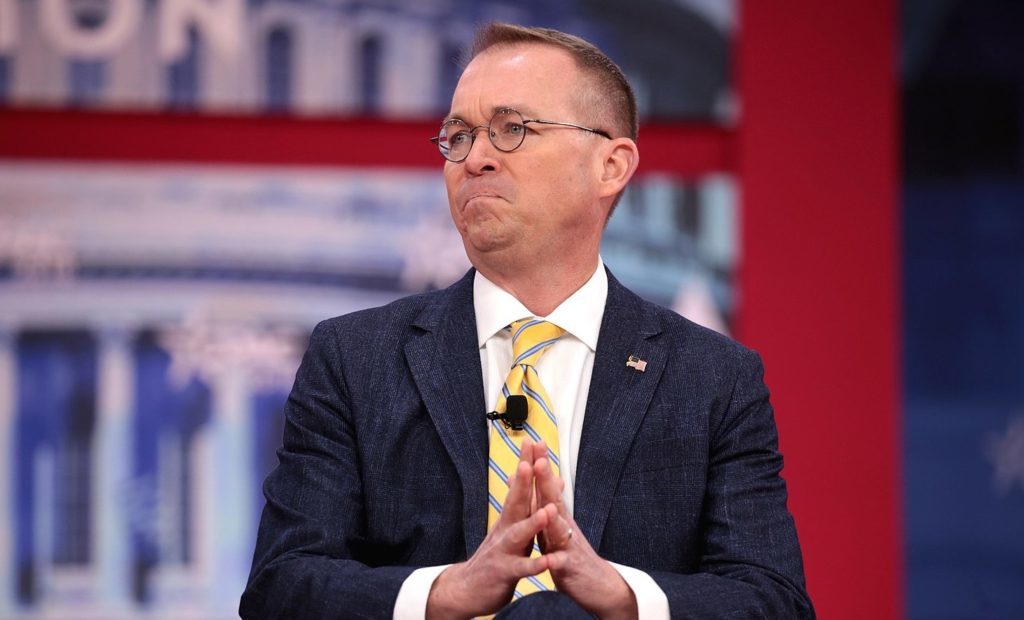 That didn’t take long. Whatever Mick Mulvaney thought he was doing by butting his way into John Bolton’s impeachment testimony territory, it’s now over. Mulvaney has caved, after trying and failing with a desperation plan that was so ill conceived, no one is even sure what he was trying to do.

Over the weekend, Mick Mulvaney decided to go into court and fight his own House impeachment subpoena, even though the House had already made clear that it was no longer interested in hearing from him after he didn’t show up on Friday. Strangely, Mulvaney decided to attach his name to an existing court battle over impeachment testimony, instead of filing his own case. Even more strangely, Mulvaney tried to attach himself to a dormant case originally filed by John Bolton’s sidekick Charles Kupperman, instead of attaching himself to the active case being carried out by Don McGahn.

If this was a weird attempt at somehow preventing or delaying John Bolton from testifying, let’s just say that Bolton was having none of it. His lawyer, who also represents Kupperman, and who filed the Kupperman case to begin with, filed a motion today opposing Mulvaney’s attempt at entering the case. Now Mulvaney is caving, to Bolton at least, by agreeing to remove his name from the case. Mulvaney is instead filing his own case, which won’t end up mattering, because by the time it’s settled no one will care.

So where does this get us? If you’re John Bolton, it means you’re still waiting on the McGahn case to decide whether to testify, and you’ve now succeeded in chasing a desperate Mick Mulvaney off your porch. If you’re Mulvaney, it means you’ve found a whole new stupid and confusing way to screw up. If you’re Donald Trump, well, you’re still being impeached.