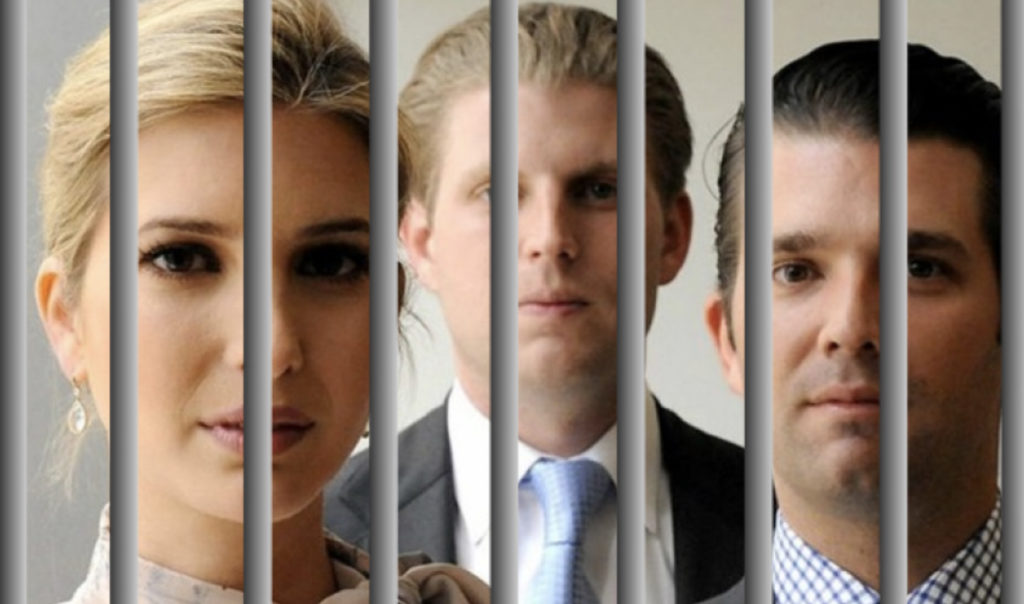 When Michael Cohen walked into court this morning and admitted that he and Donald Trump were plotting to build Trump Tower Moscow during the 2016 general election, it was a devastating blow to Trump, who almost surely just finished lying about the matter in his written answers for Special Counsel Robert Mueller. But the real blow here is to Trump’s kids.

It was long ago reported that Michael Cohen had told Donald Trump’s kids about the Trump Tower Moscow deal, due to their roles in running the Trump Organization. In the court filing for Cohen’s new guilty plea today, he confirmed that he did indeed tell Trump’s kids. That means two things. First, Donald Trump Jr, Ivanka Trump, and Eric Trump have now officially been dragged into the financial side of the Trump-Russia criminal scandal, and they’ll be investigated for it accordingly. Second, Cohen just nailed at least one of the three of them on an easily provable felony.

Donald Trump Jr testified to a House committee about the Trump-Russia scandal when Republicans loyal to his father were in control of that committee. By all accounts, Junior testified that he had no knowledge of Trump Tower Moscow and other Trump-Russia financial deals. Now that the Democrats are about to take control of the House, they’ll have access to the testimony transcript, and they’ll be able to criminally refer Junior for perjury.

While perjury is far from the most serious crime that Donald Trump Jr stands accused of, it will be the quickest and easiest to prove. This kind of thing will make Robert Mueller’s job a whole lot easier when it comes to taking Trump Jr down. We don’t know when Mueller will make this move, but we now know that Mueller has what he needs to put Junior in prison – and things aren’t looking much better for Ivanka or Eric.