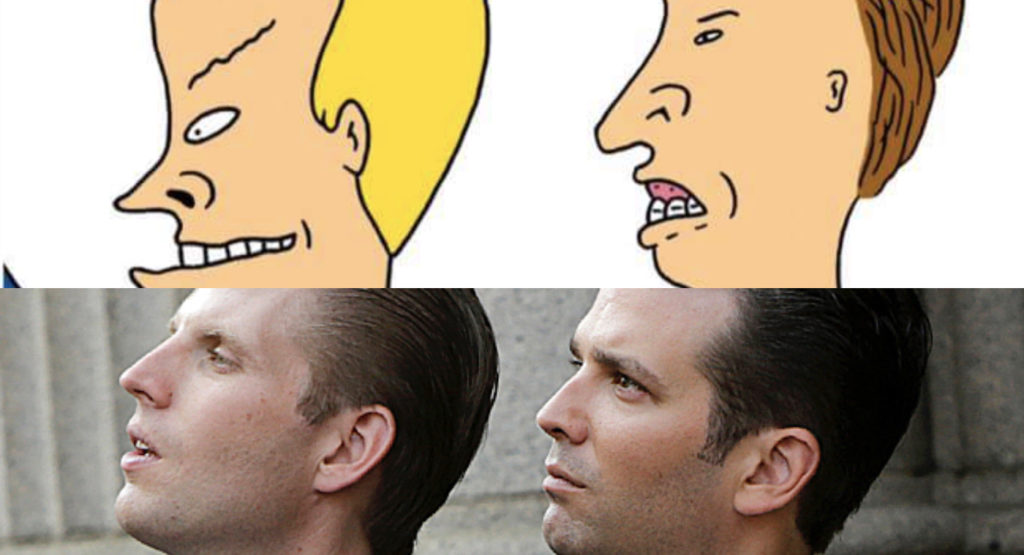 Donald Trump Jr is headed to prison for a long time. How do we know this? Just ask Vanessa Trump, who recently filed for divorce from him, and hired a criminal defense attorney to handle the divorce. She’s betting that he’s going down, and that his assets are going to get seized in the process. Just don’t tell that to Donald Trump Jr himself, or for that matter his equally idiotic brother Eric Trump.

It seems the Doofus Brothers have decided to buy a mansion together in Palm Beach, according to a major real estate publication. They’re getting a good price on it, which probably has something to do with the fact that they’re buying it from their aunt. But if you’re Donald Trump Jr and you’re about to start trying to fend off a lengthy prison sentence and asset forfeitures, this is not what you do.

This is an even dumber move for Eric Trump. We have no idea if he’ll end up in prison. He doesn’t have any known role in the Trump-Russia scandal, though his charity scandal with his father is a mess, and he may or may not be caught up in the financial crimes of the Trump Organization. But if Eric hasn’t committed any major crimes, then he’s making a huge mistake by going halfsies with Donald Trump Jr on a new real estate purchase, because let’s just say that the Feds aren’t going to seize half the house when they crack down on Junior.

These two idiots have never faced any sort of consequences in their lives. Even now that Donald Trump Jr has lost his marriage and he’s about to lose his assets and his freedom, he still doesn’t seem to have any real understanding of what’s about to happen to him. Nor does Eric Trump appear to understand that his big brother’s life is over. They’re each in for the shock of a lifetime.