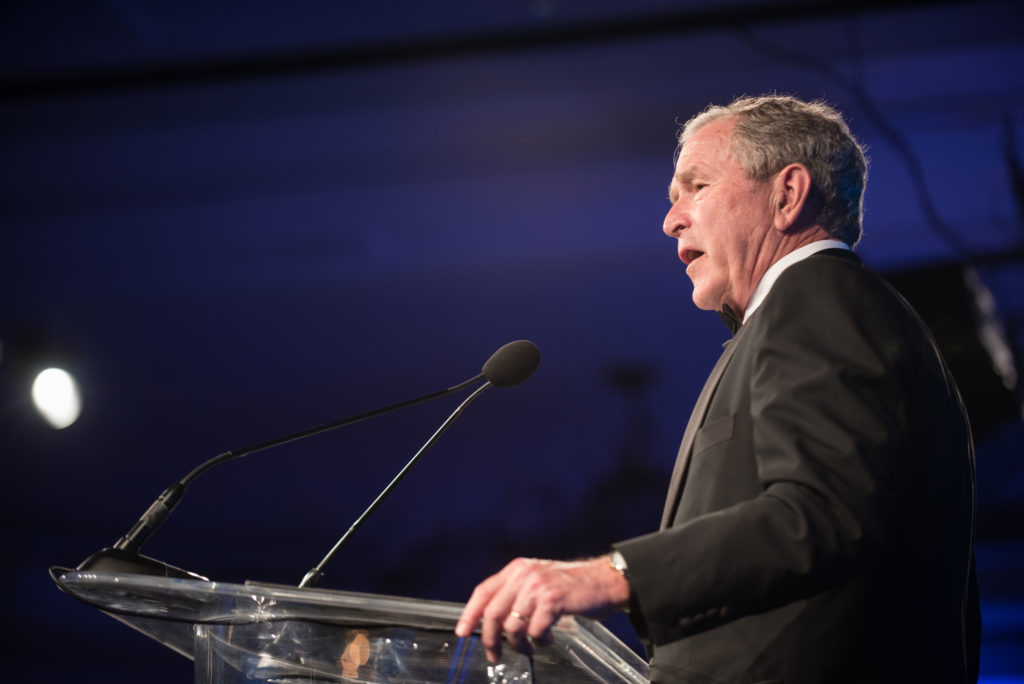 There isn’t going to be a civil war between the United States and Trump’s goons. That’s not even remotely on the table. But there is a civil war going on, right now, within the Republican Party – and a major player just publicly picked a side.

On Friday night, former President George W. Bush leaked that he’s planning to call his former Vice President Dick Cheney, specifically to thank his daughter Liz Cheney for her service. Bush is pretty clearly publicly throwing his weight behind Liz Cheney in her attempt at wresting control of the Republican House away from Kevin McCarthy.

It’s difficult to say precisely how this will play out. But as long as the Republican House is at war against itself, it’ll only make it easier for the Democrats to carry forward with their agenda, and it’ll only increase the odds of the Democrats winning the 2022 midterms. So get your popcorn ready.

← To the victors belong the spoilsHere’s some “unity” for you →
Posting....
Scroll To Top