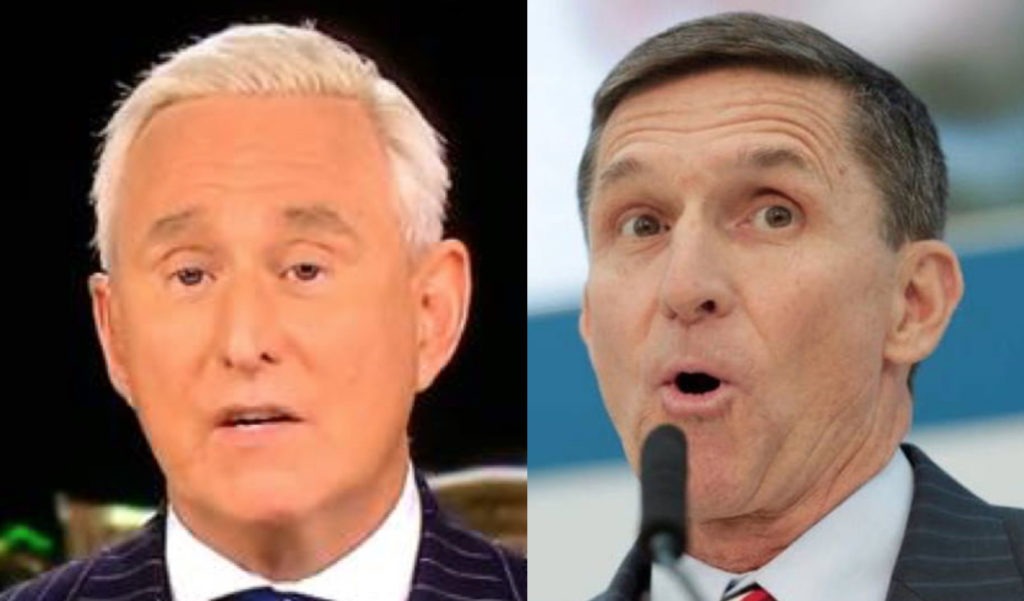 Special Counsel Robert Mueller just revealed that he is in fact willing to give a free pass to even the most hardened of criminals, if they can provide evidence and testimony that can play a major role in taking down Donald Trump. Michael Flynn is officially getting a free pass. This suggests that Michael Cohen knew something when he recently asked for a free pass, and he may get one too. This brings us to Roger Stone.

This week Donald Trump publicly praised Roger Stone for not testifying against him, strongly hinting in the process that there would be a pardon waiting for him. The thing is, for a number of reasons, Trump can’t actually get his co-conspirators off the hook with pardons. Stone is a whack job, but considering his political background – which directly included the Watergate scandal – he surely knows how pardons do and don’t work.

That brings us to Roger Stone’s decision this week to secretly invoke the Fifth Amendment while refusing to cooperate with the Senate Intelligence Committee’s investigation into the Trump-Russia scandal. When Senator Dianne Feinstein publicly revealed this, Stone’s lawyer went ballistic, insisting that it was supposed to remain private. Why would Stone not want anyone to know that he was pleading the Fifth?

At the time, we wondered aloud if Roger Stone might have been hedging his bets. After all, his most pro-Trump move would have been to show up for the hearing and tell a bunch of lies aimed at getting Trump off the hook. Instead he decided not to show up at all, and then he was upset after Trump found out he was refusing to show up.

Now we’ve got Robert Mueller suddenly handing out virtual pardons to really bad guys who are willing to play ball with him, whether it be a traitor like Michael Flynn, or a career criminal like Michael Cohen. Roger Stone is accused of committing both treason and a lifetime of assorted crimes. Is Mueller signaling that he’s willing to let Stone off the hook as well, if he also plays ball?

We just saw Robert Mueller stress in the sentencing memo that he valued Michael Flynn’s early cooperation. If Roger Stone were to cut a plea deal at this point, he would be very late to the party. So we don’t know what Mueller would be willing to give Stone at this late date. But if Stone is sitting on as much Trump dirt as we’ve always suspected, Mueller could decide it’s worth it. So after having spent the week playing for Team Trump, is Roger Stone about to get a do-over?

← Adam Schiff: Michael Flynn has given up far more than Donald Trump knows aboutEverything is on fire and Donald Trump is drowning →
30 Comments