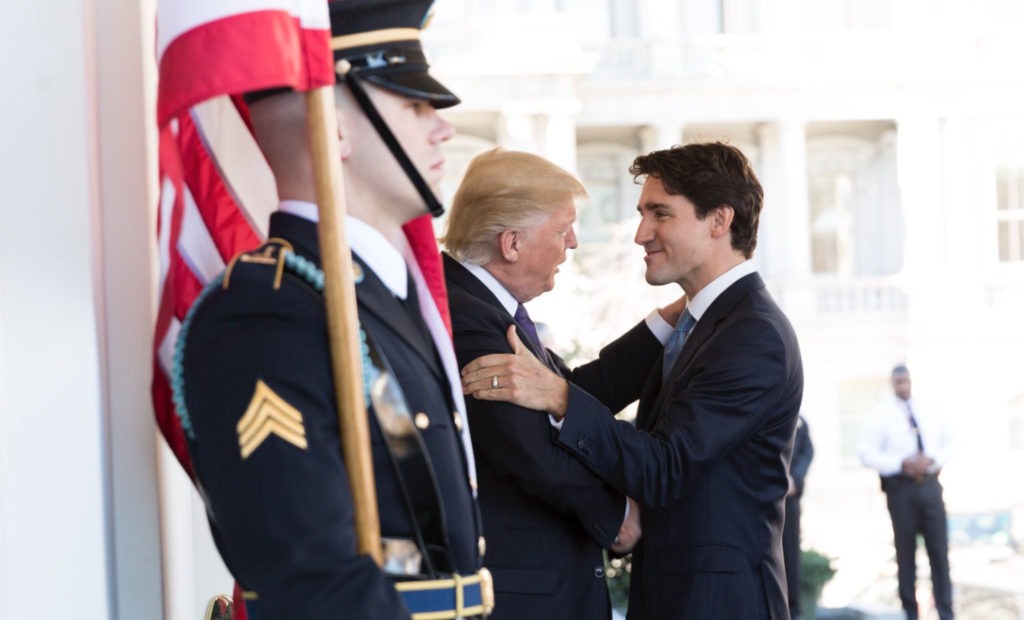 Donald Trump and Canadian Prime Minister Justin Trudeau gave a warm, if often contradictory, joint press conference at the White House today, attempting to put on a solid public front despite being on the opposite side of most major issues. According to an insider, Trudeau let loose afterward, spewing a number of insults about Trump to Canadian Foreign Minister Chrystia Freeland – including calling Trump “an idiot.”

According to the White House leaker, Justin Trudeau’s insults about Donald Trump came fast and furious. “”This guy is an idiot. He has no idea what he’s doing,” Trudeau allegedly said to Freeland regarding Trump. He also opined that Trump’s handshake games are “disrespectful and tasteless.” And what may be the most damning alleged quote, Trudeau asserted that Trump was “that one kid who never got beaten up only because everyone else thought he was too pathetic to be worth it, and now he thinks it’s because they all were scared of him. But the whole time they were just laughing at him.”

These claims were made this afternoon by a rogue White House account on Twitter. By its very nature, that account cannot prove definitively that it’s coming from within the White House, but as we’ve previously documented, this particular account has a history of making insider White House claims which have later turned out to be proven true.