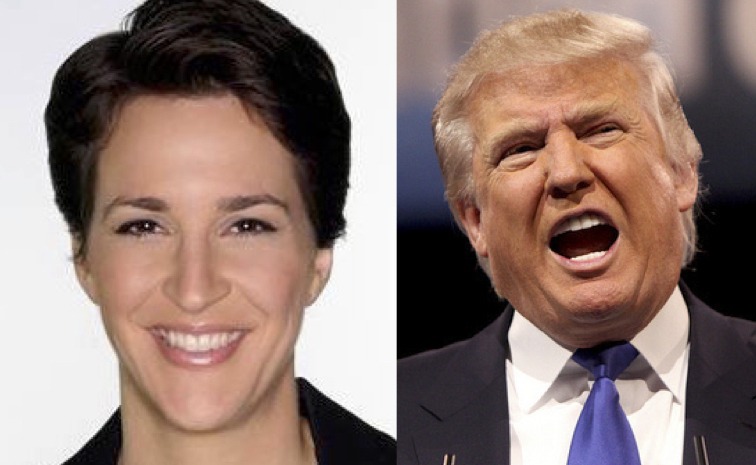 Rachel Maddow took a vacation from her MSNBC show last week which extended through Monday night, leaving her audience anticipating how she’d come back and make sense of everything that had happened in politics while she was away. Sure enough, when Maddow returned to the air on Tuesday night, she did so with a vengeance – and she ripped into Donald Trump’s latest behavior in the kind of manner which only she could.

Maddow’s return just happened to take place on the same day which Donald Trump began threatening to start a nuclear war with North Korea. This led Maddow to go back and retrace the 2013 incident in which one U.S. government agency claimed North Korea suddenly had nuclear launch capability. That information turned out to be false. The agency in question just happened to have been run by Michael Flynn, who was then fired, and later went on to become a controversial figure of the Trump administration. But Maddow truly hit her stride when she focused in on Trump himself.

Rachel launched into a lengthy recap of how Kim Jong-Un has behaved over the past few years, in order to spell out how similar Kim and Trump are when it comes to their absurd threats, reckless posturing, and unstable behavior. At one point she highlighted an instance in which Kim threatened to strangle the U.S. like a wolf would. This led Maddow to sarcastically spell out how stupid the analogy was, because, as she put it, “Wolves don’t even have hands!”

But with North Korea now publicly threatening this evening to launch a military attack against the protected U.S. territory of Guam, just hours after Donald Trump publicly told North Korea not to dare threaten the United States, things are on the verge of turning catastrophic. And so Rachel Maddow gave us a much needed moment of humor during an otherwise unnerving evening.